“Al-Abyad” leaves for Basra in preparation for “Gulf 25” 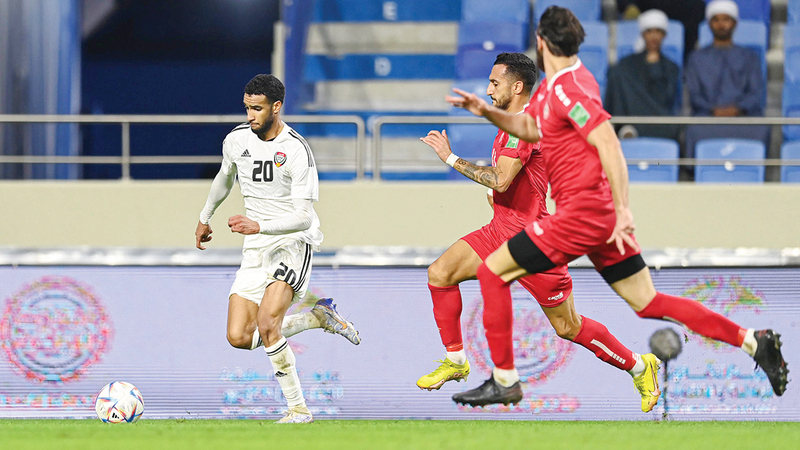 The delegation of the first national football team will leave for the Iraqi city of Basra this morning, via Dubai International Airport, in preparation for participating in the Arab Gulf Cup in its 25th edition, scheduled for the period from 6 to 19 this month. Al-Abyad will play in the second group, which includes the teams of Qatar, Bahrain and Kuwait, and will start its matches in the tournament by meeting Bahrain (the defending champion) next Saturday at the Olympic Stadium.

According to the program set by the coaching staff, the national team will perform its first training session at the Sports City Stadium in Iraq, after arriving in Basra today.

Last Friday, Al-Abyad played a friendly match against the Lebanese national team, in which it won with a clean goal scored by player Sebastian Tigali, and the match represented the last rehearsal for the national team in preparation for the Gulf Championship.

The team performed a final training session before traveling with the participation of all the players selected in the final list, and it is expected that the technical staff has worked during the training to address the negatives that accompanied the team’s last friendly match against Lebanon, and work to strengthen the strengths and positive points in the team, leading the team to The stage of full readiness before entering the atmosphere of the Arabian Gulf Cup.

The coaching staff, led by Argentine coach Rodolfo Aruabarrena, had selected 23 players in the official list that will play the tournament matches.

During recent training, as well as during Lebanon’s recent friendly match, the national team players showed great enthusiasm before the expected Gulf participation, and worked to achieve honorable results for Emirati football.

The coach of the national team stressed during his statements at the last press conference before traveling to Iraq that the technical staff worked during the internal camp, which began on December 26, on some points that the national team needed, and that he was satisfied with the performance of the players during the last camp in Dubai.

The coach of the national team indicated that the coaching staff will take advantage of the five days separating it from the first official match in the tournament against the Bahrain national team to perform daily training in the Iraqi city of Basra, which will host the tournament matches.

The national team manager, Yasser Salem, thanked the Emirati media for their support and follow-up to the national team, stressing that they and the media complement each other during this important tournament for the country.