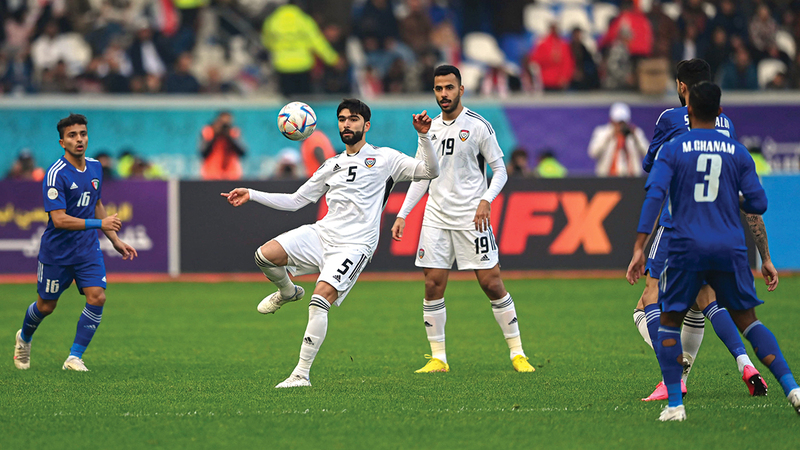 The UAE national team has resumed its daily training, in preparation for the fateful and decisive confrontation tomorrow, against the Qatari national team, in the third round of the Arab Gulf Cup, as the technical staff seeks to address the psychological aspects of the players after losing to Kuwait with a clean goal to remain without a balance, although its chances in the competition are still. List, but it depends on its victory over Qatar by more than one goal, and waiting for the result of the match between Kuwait and Bahrain.