Al-Ahbabi: Al-Ain’s regression is tolerated by everyone.. Not being called up to the national team does not make me angry 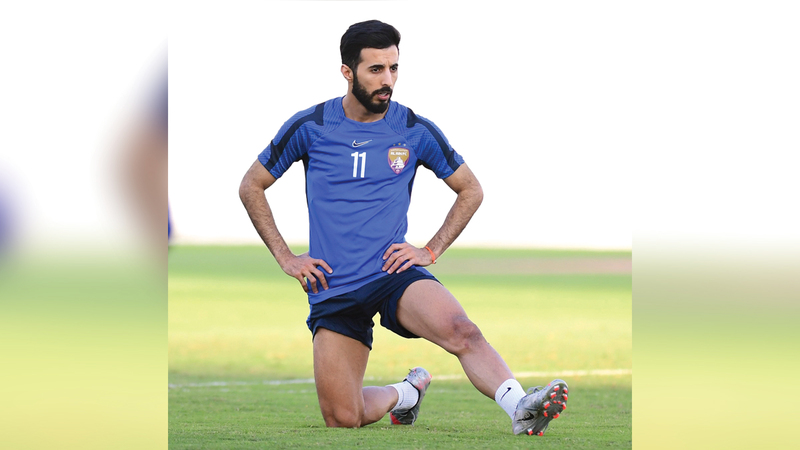 Al Ain team captain, Bandar Al Ahbabi, confirmed that the reason for the decline of the “leader” is known to everyone, as it ranks seventh in the ADNOC Professional Football League ranking table after 12 rounds, after a series of draws in the past three rounds, indicating that he and the rest of his teammates are not They are satisfied with themselves, and that they bear responsibility and work for a quick return to the right path in the coming rounds, recalling that the “violet” is still a competitor on four fronts.

Al-Ahbabi told “Emirates Today”: “Everything is clear, and that injuries among the team are the main reason for the recent results.” There are some individual mistakes, for which we bear collective responsibility.

Regarding the lack of a reason for Al Ain appearing in the appearance of the team defending the league title, Bandar Al Ahbabi said: “Whoever gets the opportunity to wear the Al Ain Club shirt knows that it is not like other clubs, because the teams give everything they have when the party they face is Al Ain Club.” He added, “We know this great responsibility that rests on our shoulders, and we certainly realize that we must always redouble efforts.”

Al-Ahbabi indicated that at times the team does not perform its best due to some of the circumstances it is going through, and he said: “For example, we lost defender Yassin Meriah in a previous period, and in the current season we lost Danilo due to injury and the departure of Christian Guanca made a difference with us. We, as players, have to appreciate the responsibility and remedy the circumstances.”

The team captain defended the management and team coach Sergei Rebrov, and said: “We are not the only players who face the circumstances, even the management and the coach were not among them who wished for injuries among the players or the exit of a player after the end of his contract. The club management is trying to support the ranks with the best players, despite It is not easy to get quality players in the winter transfer window.

Bandar Al-Ahbabi responded to the criticism he received, and said: “Football players are always under pressure, and for me I have gone through these things, whether with the national team or the club, and I am used to it. When they criticize me, I have to accept criticism with open arms and strive to constantly improve my level.

The Al Ain team player revealed the validity of spending his night in the hospital before the last Al Wasl match in the ADNOC Professional League. For the benefit of the team, especially since there was no alternative because my colleague Saeed Jumaa was injured, so the team needed me and I had to make sacrifices.

And about not being called up to the national team currently participating in the 25th Gulf Championship in the Iraqi city of Basra, Bandar Al-Ahbabi said that he respects the decisions of the national team coach, Argentine Rodolfo Aruabarina, for not calling him to the “White” list, indicating that he is always ready to pay the team’s tax as it happened before in the posts. and that he will spare no effort in carrying out his duty whenever he is asked to do so.

He said, “As for me, I am satisfied with myself and my performance on the defensive and offensive sides in my job at left-back and in all matches. In general, I will always be at the disposal of the national team coach, and if he does not need me, I certainly will not be angry.”

• 7th place occupied by Al Ain in the ADNOC Professional League after 12 rounds of the league.

• «Always ready to pay the elected tax, as happened to me before in previous posts».

• “I was in the hospital before the Al Wasl match…the team needed me and I had to sacrifice.”

• «Sometimes the team does not provide its best, because of some of the circumstances it is going through».

• «Al-Ain is not like other clubs, and the teams give everything they have when facing the leader».