Al-Ahly and Al-Nasr .. For those who smile “November”? 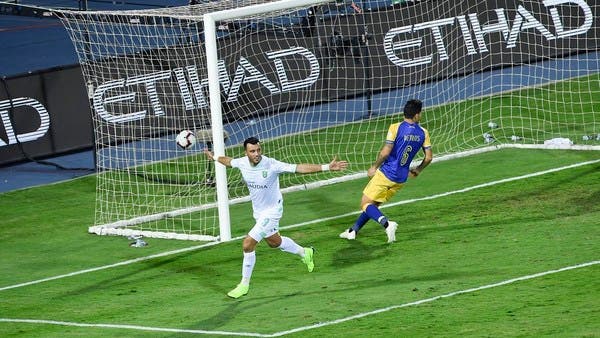 The month of November holds good memories for Al-Ahly in their confrontations with Al-Nasr, as most of their victories against Asfar Al-Asimah in the penultimate month of the Gregorian year, before facing them on Friday, in the 13th stage of the Mohammed bin Salman Professional Cup League.

Al-Ahly achieved its most victories over Al-Nasr in the month of November, as they had previously met in 12 matches in all competitions, winning 6 matches, losing 3 matches and drawing 3 matches.

The two teams met for the first time in the month of November in the Saudi Federation Cup, and Al-Nassr won the first and second leg matches that were held in the same month, with a score of 1-0.

In the new millennium, the two teams met in November 2001 for the Saudi League competition, and Al-Ahly won 2-1 at Prince Abdullah Al-Faisal Stadium in Jeddah, which witnessed a new victory for Al-Ahly at the expense of Al-Nasr in November 2002 when it won 3-2.

In November 2003, Al-Ahly defeated Al-Nassr in Riyadh by a clean double for the Saudi League competition.

In November 2008, the two teams met in the first leg of the Gulf Champions League final at Prince Abdullah Al-Faisal Stadium, and Al-Ahly won with a clean goal, to tie for the last time in November in their 2009 match 3-3 in Jeddah.

The last confrontations between the two teams in November was in 2018, when they met in the capital, Riyadh, for the league competition, when Al-Ahly won by a clean double.