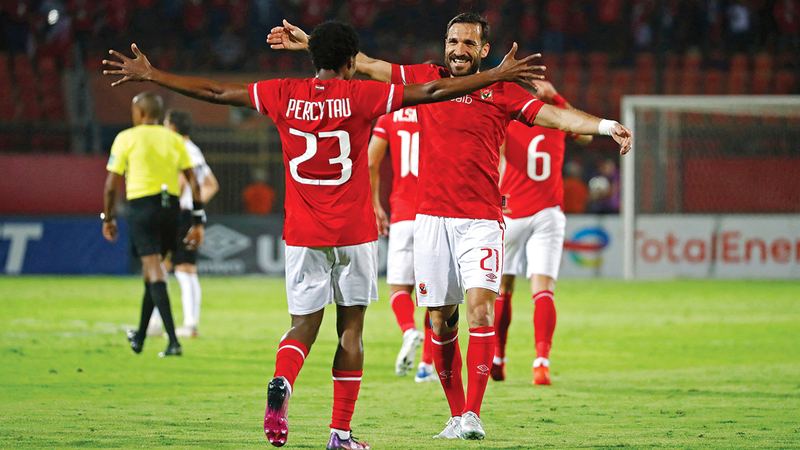 Al-Ahly of Egypt, the defending champion, and Wydad Casablanca of Morocco, made a great stride towards the final of the African Champions League competition, after Akram the first honored his guest, ES Setif, of Algeria, with a clean four at the “Al-Salam” stadium, and the second returned with an explicit superiority from the land of its host, Petro Atlético de Angola. -1 in Luanda, the day before yesterday, in the first leg of the semi-finals.

The two teams had reached the final of the 2017 edition, when the Moroccan team won the title after drawing 1-1 in Cairo, then Wydad won again in Casablanca with a goal scored by Walid El Karti.

In Cairo, Al-Ahly scored a comfortable victory to ease its task before the return leg next week in Algeria.

The Century Club seeks to become the first team to win the title in three successive editions, and to strengthen the record for the number of titles, having previously won 10 times.

ES Setif played with 10 players since the 35th minute, after its player Amir Karaoui was sent off with a red card directly, for deliberate roughness with Hussein El Shahat.

Al-Ahly goalkeeper Mohamed El-Shennawy sent a message to the fans after the victory, “We appreciate your anger, and we know that we are short, but there are no excuses.” ».

“We haven’t finished qualifying yet,” he added. 90 minutes left in Algeria, we were successful and affected by the expulsion, we will celebrate and focus on ourselves, and we want a positive result in Algeria.”

At the “November 11” stadium, Wydad Casablanca made a big stride towards the final with goals from Brazilian Thiago Azulao (16 errors in his team’s goal), Yahya Gibran (45) and Congolese Guy Mbenza (68), while Job reduced the owners of the land (81).

This is Wydad Casablanca’s third visit this season to Angola, as it faced Petro Atletico and Sagrada Esperanza in the group stage, during which it lost 1-2 to the first, and beat the second with the same result.

Wydad overcame the hot climatic conditions, and faced a strong team supported by about 60,000 spectators, thanks to the distinctive plan of coach Walid Rekraki, who played with a defensive reservation by narrowing the spaces in front of the host team, and his strong attack led by his top scorer Azulao, who leads the scorers in the competition (7 Goals).

Regraki expressed his satisfaction with the return of his team, and said in the press conference after the meeting, “We fought in a high spirit here, despite the climatic conditions and the great public support that the opponent received.”

The two teams will meet again next Saturday at the Mohammed V Stadium in Casablanca.