Al-Ahly coach after sweeping Smouha: I am still learning in the Egyptian League 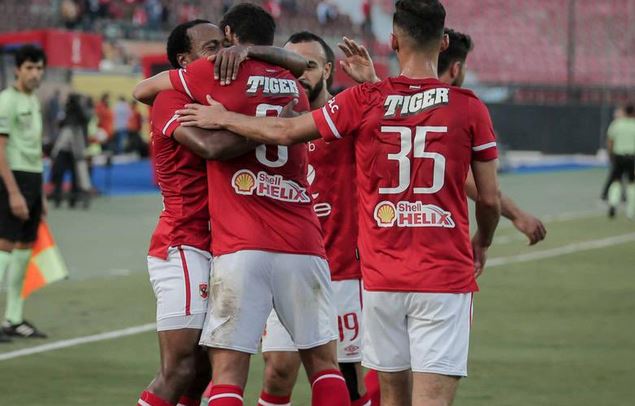 Al-Ahly continued its ideal start in the Egyptian Football League this season, after beating its guest Smouha 4-1 today in the sixth stage of the competition. Al-Ahly tightened its grip on the top of the competition, which is seeking to regain its title after he missed it last season in favor of its traditional rival, Zamalek, after raising his score to 18 points, achieving the full mark so far, after winning all his first six matches. On the other hand, Smouha’s balance, which suffered its first loss in the current season, froze at 6 points in twelfth place.

Despite the big and sweeping victory, Al-Ahly coach, South African Musimani, said: I am still learning from the Egyptian League. He indicated in a press statement that the team made many mistakes despite the big win, indicating that it will seek to correct the matter more in the coming period.

Ayman Ashraf opened the scoring for Al-Ahly in the 31st minute, compensating for the penalty kick missed by his Moroccan colleague Badr Banoun in the fifth minute. South African Percy Tau added Al-Ahly’s second goal in the 36th minute, but Mohamed Kanaria reduced the difference by scoring a goal for Smouha in the 67th minute. Al-Ahly quickly restored the two-goal difference in his favour, after Hussein Al-Shahat scored the third goal in the 68th minute, so Tao scored again, He scored the fourth goal for the host team and his second personal goal in the 80th minute.

On the other hand, Zamalek regained the memory of victories, by defeating its host Ceramica Cleopatra 1-0. Zamalek returned to the victories again, which it missed in the last stage, after a difficult draw with Al-Ahly Bank 1/1, to raise its score to 13 points in third place after playing six games, with a goal difference behind the second-placed Pyramids, who played only five games. On the other hand, Ceramica Cleopatra’s balance stuck at eight points in sixth place. Mostafa Fathi scored the only goal of the match for Zamalek in the 40th minute.