Al-Ahly faces the task of equalizing the victory number 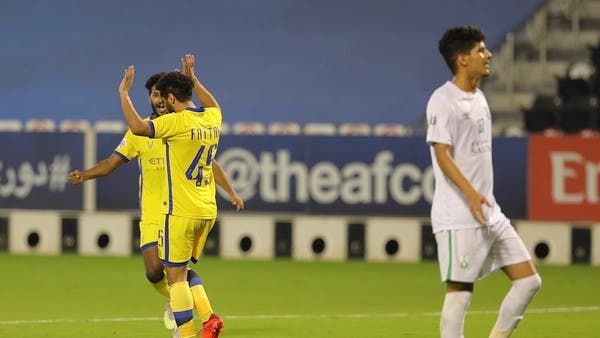 Al-Nasr is looking forward to returning to the track of victories at the expense of its host Al-Ahly, when it meets it on Friday at Prince Abdullah Al-Faisal Stadium in Jeddah, in the 13th stage of the Mohammed bin Salman Professional Cup, on Friday.

Al-Nasr hopes that his return to victories will be at the expense of Al-Ahly, which will give him a strong moral boost after his absence from the victories in the past four stages.

Al-Nasr is superior to Al-Ahly in their direct confrontations that took place since the beginning of the Saudi Professional League season 2008-2009, where they met 26 matches, and Al-Nasr won 9 matches and drew in the same, and Al-Ahly won 8 matches.

The two teams are going through technical problems this season, as Al-Ahly started the season with a strong start and then returned and achieved distinguished results in 4 stages “3 victories and a draw”, and in the last stage it lost from Abha.

While Al-Nasr went through major problems at all levels, as its Brazilian coach Marcelo leads the team temporarily after the dismissal of the Portuguese Pedro Manuel for the second time. 1.

At the level of their confrontations in the first round, the balance always tilted in favor of Al-Ahly, unlike the second round, where they played 13 matches, Al-Ahly won 6 times, lost 3 matches and drew in 4 matches.

Al-Ahly has the advantage in the unbeaten series of 6 consecutive matches, starting from April 2011 until August 2013.