Al-Ahly Jeddah faces Abha in search of the fourth victory 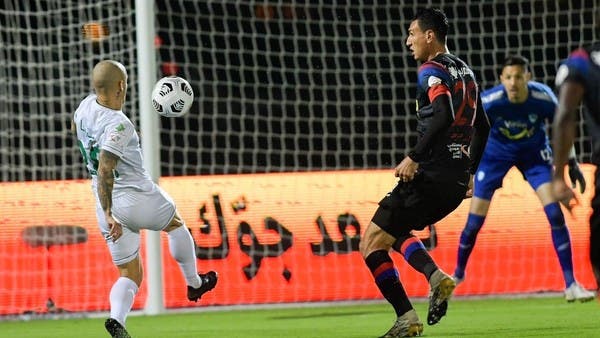 Al-Ahly Jeddah is seeking to continue its start, when it is a heavy guest on Abha, in the confrontation hosted by Prince Sultan bin Abdulaziz City Stadium in Al-Mahalla, while Al-Taawon is looking to continue its awakening when it faces its sub-host, and in Al-Rass, Al-Hazm will meet its guest Al-Ettifaq, in the 12th stage of the Cup League. Mohammed bin Salman for professionals.

At Prince Sultan bin Abdulaziz City Stadium in Mahalla, the people of Jeddah are seeking to continue their start when they arrive as a heavy guest on Abha.

Al-Ahly performed a distinguished performance in its last four matches, after collecting 10 points, to return to the competition again after the team’s poor start in the first 7 stages.

Al-Ahly won 3 matches against Al-Ittifaq, Al-Taei and Al-Batin, and tied against Al-Hilal to advance to seventh place with 15 points.

On the other hand, Abha is looking to heal his wounds and return to the path of victories after his poor performance this season.

Abha did not know the taste of victories in the previous two stages, after receiving two consecutive losses against Al-Taawon and Al-Faisaly, to fall to 14th place with 10 points.

In Hafr Al-Batin, Al-Taawoun is looking forward to continuing its awakening and achieving its third consecutive victory, when it is a heavy guest on Al-Batin.

Al-Taawoun succeeded in stopping the series of losses in the past three stages, after collecting 7 points by achieving two consecutive victories over Abha and Al-Ettifaq, and drawing it against Al-Faisaly, leaving the last place and advancing to the 12th place with 10 points.

On the other hand, Al-Batin’s situation is not much different from Al-Taawon, as the team suffered from poor results in the previous stages, collecting only 9 points and occupying the penultimate position, two points behind Al-Tai, in the bottom of the standings.

In Al-Rass, the two wounded Al-Hazm and his guest Al-Ettifaq seek to stop the series of losses when they meet at Al-Awwal Stadium.

Al-Hazm did not know the taste of victories in the last 5 matches, as it tied against Al-Hilal and Al-Faisaly and lost in the last 3 matches against Damak, Al-Ittihad and Al-Fayha, to fall to 11th place with 10 points, only 3 points behind Al-Taie, bottom of the standings.

On the other hand, Al-Ettifaq hopes to return to the path of victories and to move away from the danger zones that surround it this season due to its negative results.

Al-Ittifaq did not know the taste of victories in the last two stages, after losing to Damak and Al-Taawon, to fall to 13th place with 10 points.