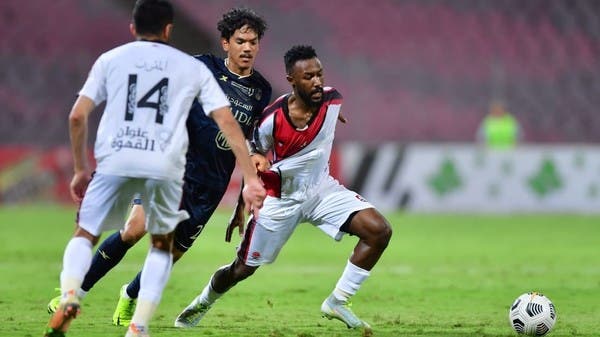 Al-Ahly and its guest Al-Raed are playing a strong match in the battle for survival in the 29th round of the Saudi League, as the first has 31 points in eleventh place, compared to 30 for the second in fourteenth place in the danger zone.

Al-Ahly, the 2016 champion, found himself this season in an unfamiliar position, after he had been in recent years competing for the title and positions in the AFC Champions League, before his decline began last season, which ended in eighth place.

For his part, Al-Raed collapsed in the second leg dramatically, and in the last 12 games he achieved only one win and three draws against eight defeats, which led to the overthrow of his Spanish coach, Pablo Machin, before he later dismissed the Portuguese Joao Pedro after his recent loss and assigning the task to Saudi coach Youssef Al-Ghadeer.

Al-Batin, the holder of the penultimate position (29 points), is also engaged in a battle for survival when it receives the fifth Damak, who does not play for a specific goal, after losing his hopes of competing for a qualified position in the Champions League, although he hopes to restore the winning tone that he missed in the last three matches.

Al-Faisaly must also overcome the obstacle of his guest, Al-Tai, to enhance his chances of staying among the seniors. It occupies the thirteenth place with 30 points, compared to 34 for the eighth Tai.

Al-Faisaly’s negative results contributed to his entry into the tunnel of complicated calculations, and he is now required to win, especially since his last match will be very difficult against Al-Hilal.

Despite advancing in the rankings, Al Taawon finds itself in an insecure position yet and faces a difficult test when they host the fourth youth.

Al-Taawoun managed to get away from the specter of relegation, after winning two victories in the last two matches at the expense of Al-Batin and Al-Fayhaa, and is looking for its third win in a row, which may be enough to officially remain in the top flight. It ranks tenth with 32 points.

The eighth Abha and its seventh guest Al-Fayhaa will meet in an equal match. The two teams are equal in the number of points (34).