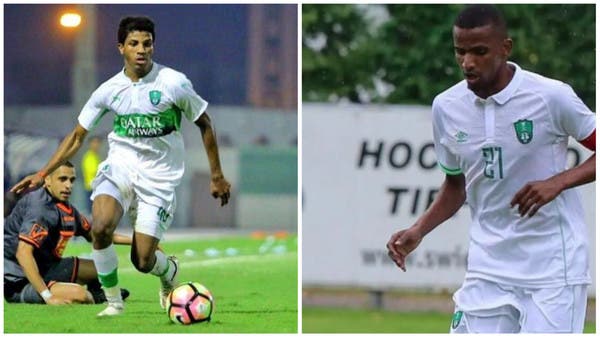 Aqil Balghith and Raed Al-Ghamdi, the current players of Al-Raed and formerly Al-Ahly Jeddah, approached the latter from relegation to the First Division, after they scored two goals during their current team’s 3-0 victory in the match that was held on Thursday evening.

Al-Raed raised his score to 33 points, while Al-Ahly Jeddah’s balance froze at the 31st point, relegating to the relegation centers, making the latter’s task to remain in the professional league difficult, and his fate is no longer in his hands.

Balghith started his career in the Jeddah team before moving to Al-Faisaly at the beginning of the 2007-2008 season, and after nearly five years, he joined Al-Akhdar in January 2012.

He played 151 matches in the Al-Ahly shirt, during which he scored 6 goals and made 5 assists for his teammates, then returned again to Al-Faisaly and then defended the colors of Al-Raed starting from October 2020.

As for Al-Ghamdi, he was one of Al-Ahly’s juniors and went up to play with the first team starting from the 2014-2015 season, after which he moved to the Gulf, Uhud, Al-Batin and Al-Raed clubs.

Al-Raed Al-Ghamdi loaned Al-Nassr at the beginning of the 2020-2021 season, and returned to the ranks of the first again after the end of the season.

The player did not appear much in the Al-Ahly Jeddah shirt, as he participated in only two matches, with a total of 42 minutes, without any significant scoring mark.