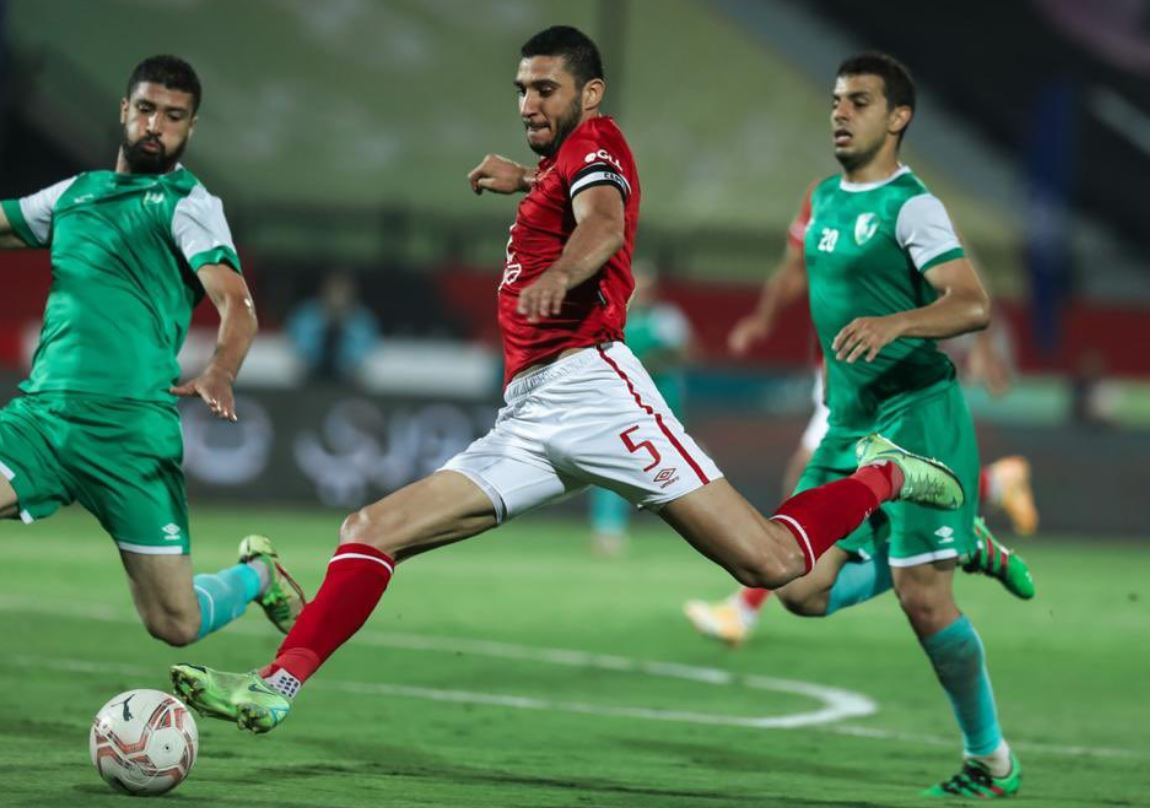 Al-Ahly achieved a clear victory over its guest Al-Sharqiya Al-Dukhan 4-1 yesterday, led by its temporary coach, Sami Komsan, 48 hours after the termination of the contract with his former South African coach, Pitso Mosimane, in the postponed meeting between them from the fourteenth stage of the Egyptian Football League, in a final rehearsal before a meeting The top of the Egyptian football with Zamalek, the defending champion and the leader, next Sunday.

Al-Ahly scored Hussein Al-Shahat (25), Taher Muhammad Taher (31 from a penalty kick), Ahmed Abdel Qader (58), the substitute Walid Suleiman (90 + 1), and for Al Sharqiya, the Tunisian substitute Firas Afia (76) scored. Al-Ahly pressured Zamalek, the leader and runner-up, Pyramids, as he raised his score to 40 points in third place and had four games postponed, while Zamalek had 44 points and Pyramids 43. Al Sharqiya’s balance froze at 13 points in the last eighteenth place.

Al-Ahly played the match in the absence of a large number of its players due to injury, in addition to excluding international players, in implementation of its agreement with Al-Sharqiya Club to postpone it from its previous date on May 26, before the African Champions League final against Moroccan Wydad.