Al-Ahly youth celebrates Al-Hilal .. Al-Marri calls on the players to redouble their efforts 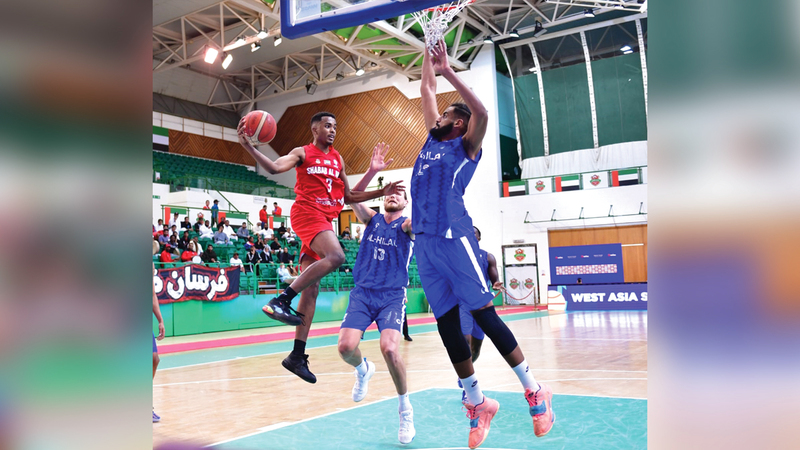 The management of Shabab Al-Ahly club celebrated the delegation of the Saudi Al-Hilal basketball team, during the match that brought the two teams together the day before yesterday in Dubai as part of the West Asian Basketball Qualifiers for the Gulf region, in which the Dubai Knights defeated Al-Zaeem with a score of 75-70.

The head of the sports games company at Al-Ahly Youth Club, Lieutenant General Muhammad Al-Marri, gave a memorial shield to the Executive Director of various games at Al-Hilal Club, Abdul-Ilah bin Saad Al-Muqrin, who praised the hospitality that the leader’s delegation received during its presence in Dubai.

A state of relief prevailed among the fans and officials of Shabab Al-Ahly after the team’s victory against Al-Hilal and its success in taking the lead in Group C with a full score, while awaiting the results of the second leg of the tournament. Muhammad Al-Marri called on the Al-Ahly youth players, during a small meeting he held with them immediately after the end of the Al-Hilal match, to congratulate them on the result and urged them to focus more and redouble their efforts in the second round of the tournament, stressing that every player did everything that was required of him and the continuation of playing in this spirit and level would guarantee them A seat in the second stage of the tournament. In turn, the President of the UAE and Arab Basketball Federations, Major General Ismail Al-Gergawi, warned against excessive optimism and ensuring the rise of Al-Ahly youth to the second round of the Asian Championship, stressing that Al-Ahly youth traveled halfway to the second round, but this does not mean that qualification is guaranteed yet.

He said in press statements: “The next stage requires more effort, and Al-Ahly youth has players with great potential, and we have a golden opportunity to prove our worth on the Asian map, and we are confident in Al-Ahly youth to reach the farthest point in the continental championship.”

Al-Ahly youth coach, Bosnian Zoran, praised his players for the Al-Ahly youth match, and decided the outcome of the match in the last minutes.

He said in a press conference after the match: “We faced a strong competitor whose players have a strong physical structure, and they have a coach with a great level of experience, but my confidence in the players was present during the four periods of the match to achieve victory.”