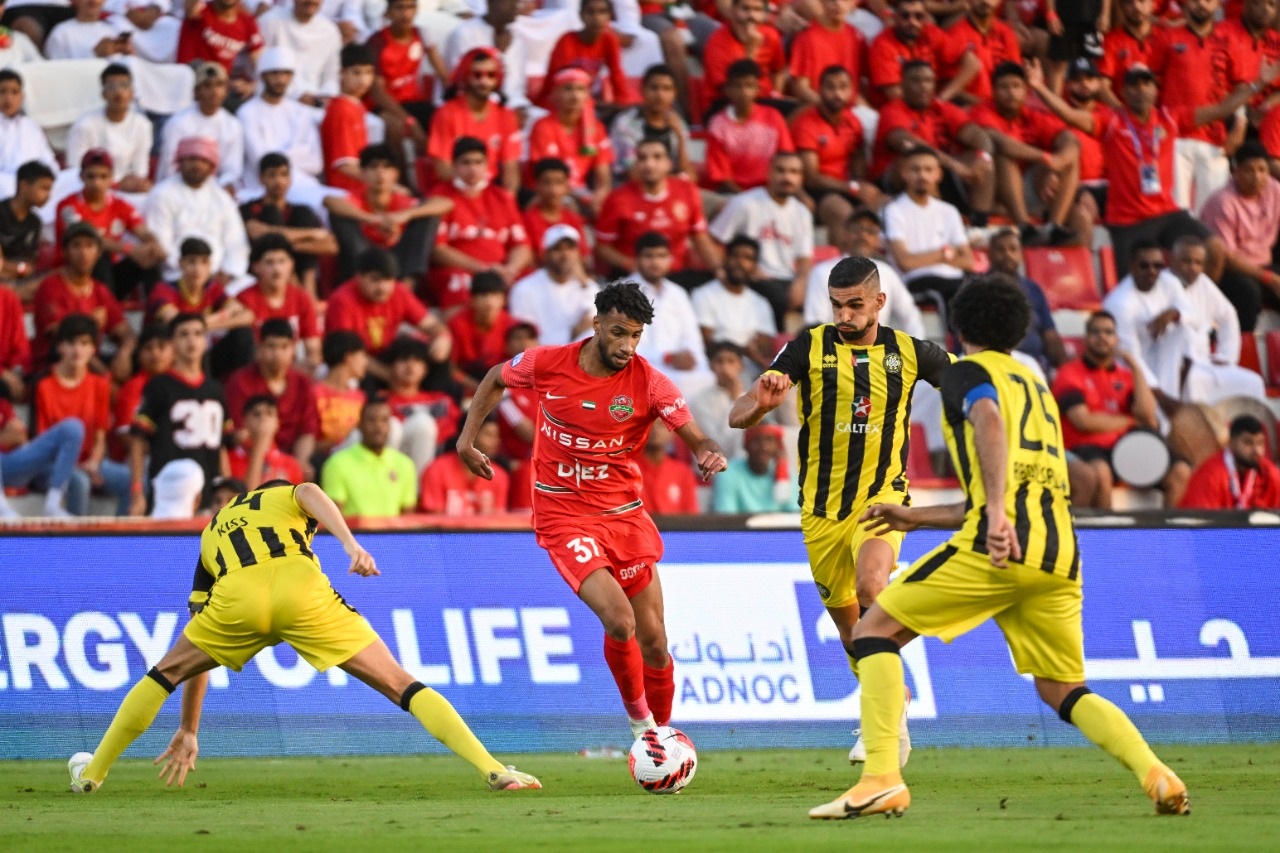 Today, Shabab Al-Ahly stumbled again with a 0-0 draw with Ittihad Kalba at the opening of the fifth round of the ADNOC Professional League at Rashid Stadium in Dubai, to raise the “Dubai Knights” score to seven points, and the “Tigers” reach the same balance of points.

Despite the relative superiority of Al-Ahly youth in the middle of the field, but the preference was for Kalba in the first half, as the visiting team missed more than one opportunity to score the first goal, most notably a powerful shot from Walid Rashid, which was blocked by goalkeeper Hassan Hamza, and Ahmed Amer followed it with a second shot, but Hamza pushed the ball away. To a corner, the Al-Ahly youth goalkeeper also excelled in blocking a missile shot from Argentinian Ramirez. The most prominent opportunity of the “Dubai Knights” was the Syrian Omar Khribin’s shot, which was blocked by Issa Ahmed.

The second half witnessed an improvement in the performance of Al-Ahly youth and Igor Jesus missed an easy opportunity and hit the ball in the hands of goalkeeper Issa Ahmed (50), while the crossbar blocked a powerful shot from Yuri Cesar in the 62nd minute, and in the same way, the crossbar eliminated a dangerous opportunity for Ittihad Kalba through Italian Daniel Besa (76). The match ended in a draw without goals.