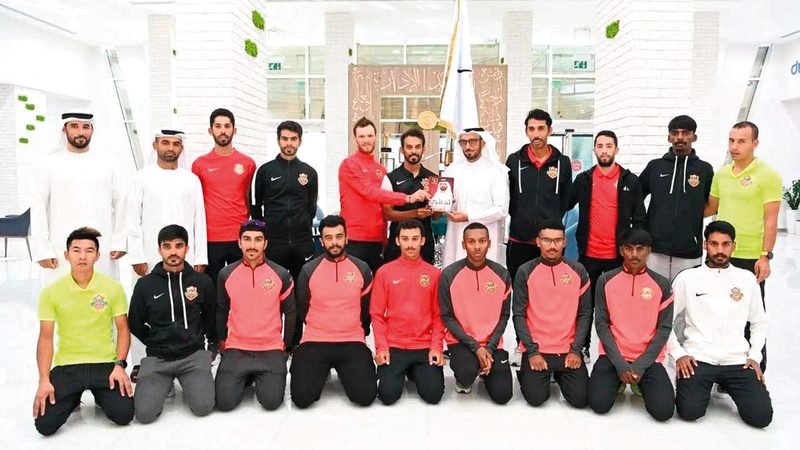 Al-Marri praised the great effort of the players, the performance and the high level of the team during the race, achieving the title for the third time and preserving the title. He also praised the administrative and technical staff for their efforts during the preparation period for the race, and the level of the teams participating in the race. He also thanked the Supreme Organizing Committee for the Cycling Ladder Championship, government departments and institutions, sponsors and the media that contributed greatly to the success of the race.

At the end of the meeting, Lieutenant General Mohammed Ahmed Al-Marri presented the book “My Story” to His Highness Sheikh Mohammed bin Rashid Al Maktoum, Vice President and Prime Minister of the UAE and Ruler of Dubai, to the star of the cycling team at Al-Ahly Youth Club, player Ahmed Al-Mansoori, who won third place in the ladder race for elite men’s bicycles. .