Al-Ain, Al-Wasl and Al-Dhafra are the most active in the “transfers” .. 9 deals in 10 days 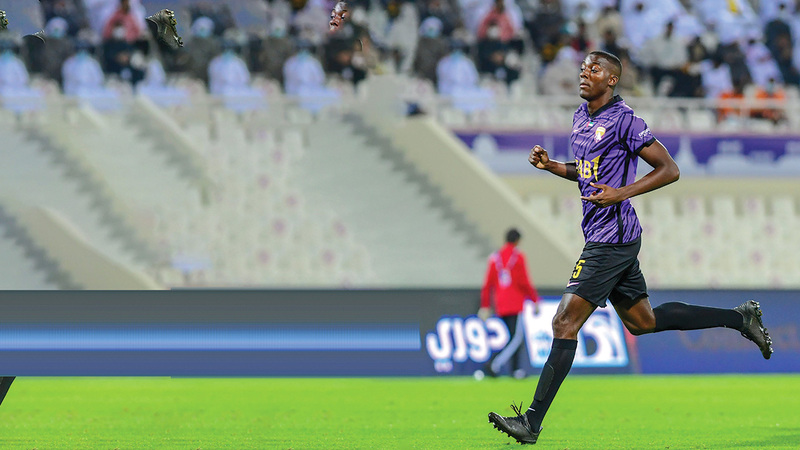 Al Ain, Al Wasl and Al Dhafra clubs have become the most active players in the current winter transfer market, after they made nine deals, between contracting, loaning and terminating a contract, which is more than half of the deals concluded by the clubs combined, which amounted to 17 moves, 10 days after the opening of the transfer window. Winter, which will last until the first of February next.

Al Ain club had signed Colombian defender Danilo Arboleda for two and a half seasons, while midfielder Mohamed Jamal was loaned to Al Jazira until the end of the season, while Tunisian defender Yassin Meriah’s contract was terminated. Al Wasl signed Serbian defender Aleksandar Vasiliavej for three seasons, and Brazilian Gilberto Oliveira for a season and a half, while Brazilian Luiz Henrique loaned to Al Hamriya until the end of the season.

In turn, Al Dhafra contracted with Ghanaian Leonard Ofor Amisimiko, Brazilian Lucas Canedo, and terminated the services of Nigerian Imo Ezequiel. On the other hand, 6 clubs: Kalba, Al Nasr, Khor Fakkan, Ajman, Al Orouba and Emirates did not witness any movements in the transfer market. The players’ agent, Adel Al-Amri, expected that the coming days will witness more movements, especially among the clubs participating in the AFC Champions League, or the clubs that are in the middle of the standings, and have a long history that does not match their ranking, in addition to the clubs that occupy the last positions, and are looking for a lifeline from relegation. .

Al-Amiri told “Emirates Today” that “17 transactions between contract, loan and termination within 10 days only give an indication of the possibility of an increase in the number of moves in the coming days,” adding that the failure of the rest of the clubs to enter the transfer market so far has more than one reason behind him. He explained: The reasons may be financial, conviction of the existing players, or that the clubs did not find the appropriate alternative.

The players’ agent confirmed that there is still time for clubs to enter the transfer market, which will continue until the first of next month, expecting that some clubs will enter with full weight, including Al-Nasr. The team let him down, makes things open for the club to enter the transfer market. It is noteworthy that «Emirates Today» monitors the contracting processes announced by the clubs through its official media only.

■ Contracting Colombian defender Danilo Arboleda for two and a half seasons.

■ On loan to Al Jazira midfielder Mohamed Gamal until the end of the season.

■ Termination of the contract of Tunisian Yassin Meriah.

■ Contract with Brazilian Gilberto Oliveira for a season and a half.

■ Luiz Henrique loaned to Al Hamriya until the end of the season.

■ Signed with the Brazilian Lucas Canedo.

■ Termination of the services of the Nigerian Imo Ezekiel.

■ Signed with the Norwegian Thomas Olsen.

■ Termination of the contract of Brazilian Carlos Eduardo.

■ Contracting with Mohamed Jamal on loan from Al Ain until the end of the season.

■ Contracting with Ahmed Al-Attas for one and a half seasons.

Classes open from KG in Saudi; Special Kovid Code of Conduct for Children