SportsAl-Ain and Al-Jazira win the best awards for the month of August...
Sports 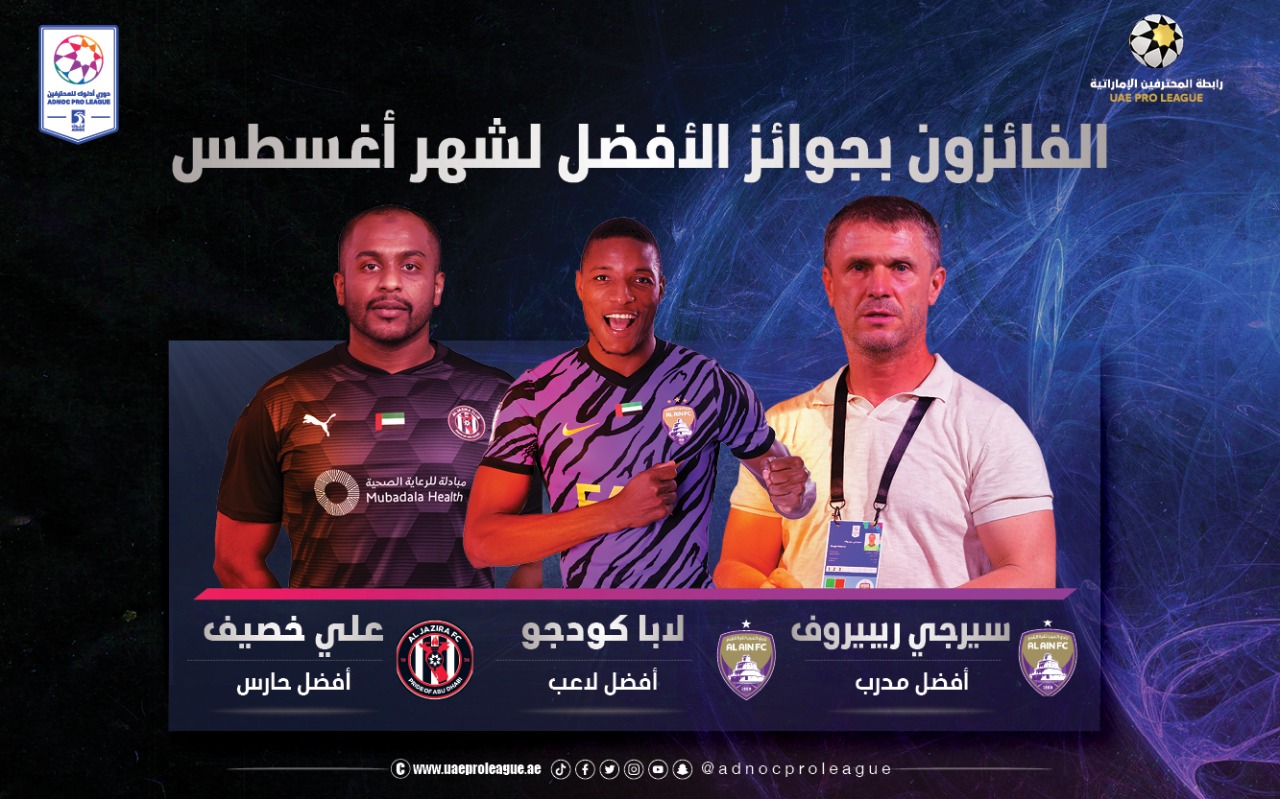 Today, the UAE Pro League announced the names of the winners of the monthly best prizes, in the ADNOC Professional League, for the month of last August, where the Al-Ain team swept the Algerian team, by winning the Togolese Laba Kodjo, the best player, and Bulgarian Al-Ain coach Sergey Reberov as the best coach, and Ali Khaseef, captain. Al Jazira, Best Goalkeeper Award.
The victory of the trio came at the conclusion of the voting, which lasted over the past 48 hours, through the website and the official application of the League, amid a great turnout from the masses.
Lapa’s victory came after he contributed to his team’s victory in the first two matches that month, scoring 3 goals.

As for Ali Khaseef, he managed to keep a clean sheet in the first two matches, to contribute to a positive start for the defending champion, Al Jazira. Coach Sergei Riberov, who led Al Ain to a perfect start, outperformed his competitors in the list: Mahdi Ali, Al Ahly youth coach, and Abdulaziz Al Anbari, coach of Sharjah.