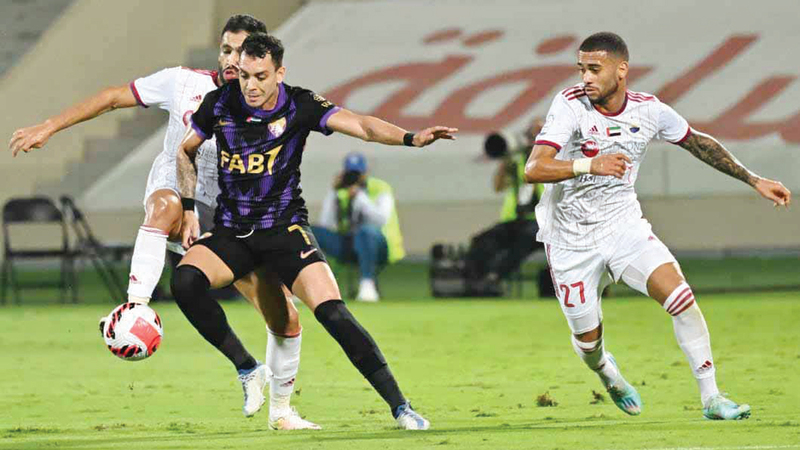 Al Maktoum Stadium, Al Nasr Club, will host the Super Cup match between Al Ain and Sharjah teams, where it was decided that the match will take place on the evening of February 25, in an expected confrontation for the first titles of the 2022-2023 season, between Al Ain, the league champion in the 2021-2022 season, and Sharjah, who is crowned with the Cup title. Head of state for the same season. The upcoming edition will be the 15th in the history of the “UAE Super Cup” in professionals, since the first season of 2008-2009.

Al Ain was crowned league champion last season, after scoring 65 points, while Sharjah won the President’s Cup title at the expense of its rival, Al Wahda, by winning 1-0 in the final.

The Sharjah team has presented distinguished levels since the beginning of the season, as it has strengthened its ranks with international stars, such as the trio Pjanic, Manolas and Alcacer, and leads the ADNOC Professional League with 26 points, while Al Ain’s level has declined in the current season, and it ranks seventh in the league standings with 19 points, but the “leader” He will seek to take advantage of the “winter mercato” to strengthen his ranks, as well as the current downtime to arrange his papers in preparation for the resumption of the league at the end of this month, pending the upcoming confrontation in the Super Cup next February.

• The next edition of the Super Cup is the 15th in the history of the championship, and it will be the opening title for the current season.