Al Ain coach: My strategy is to win all the matches.. I did not think about resting the players 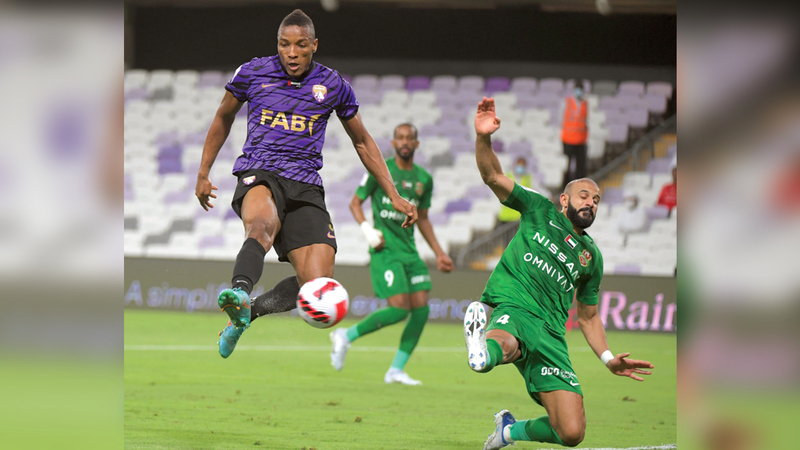 Al-Ain coach, Ukrainian Sergey Rebrov, justified the reason behind not resting any player against Al-Ahly youth, the day before yesterday, to his desire to achieve victory according to his strategy based on winning all matches, depending on the most ready players, noting that Next Wednesday’s match, which brings them together with the same competitor in the League Cup final, they will have to play more seriously.

The coach said in the press conference after the end of the match, which ended with their victory with a clean goal: “I told you that our strategy is based on the principle of winning in all matches, so I pushed the most ready players into the main list.”

The “leader” overcame the Al-Ahly youth obstacle, the day before yesterday, by defeating it with a goal without a response in the 21st round of the ADNOC Professional League, in a match in which the team won the three points despite the low level in which it appeared, a victory that raised its score to 52, He restored the seven-point difference with his neighbor Al-Wahda, bringing a big step closer to winning the competition title.

“My strategy with Al Ain is to win all the matches, and I did not think about resting the players, because I rely on the most prepared,” Rebrov said.

Regarding the team’s performance during the meeting, Rebrov said: “We won three very important points, against the Shabab Al-Ahly team, which appeared in the match very well, and also has substitutes in every position. For us, we played in a balanced manner and achieved the first goal before we sought To consolidate our progress, and for me, we performed well and my team deserved to win the match, but we are required to deal more seriously in the next match in the League Cup final.”

In response to a question about pushing the player Saeed Jumaa on the left side, while he was originally a right defender, he said: “I did not have many solutions, and here I would like to praise the player’s performance and thank him for the efforts he made in the confrontation, as he is returning from injury, and I have We pushed him in the three friendlies during the last break, and he produced a remarkable return, and he was a fighter from my point of view in the match.”

Shabab Al-Ahly coach, Mahdi Ali, said, “The defensive method in which Al-Ain team fought after scoring the only goal of the match prevented us from reaching the net.” He pointed out that such matches show the players’ capabilities, considering that “Al Ain striker, Togolese international Laba Kodjo, scored the only goal of the match, and that the team then closed the match in a defensive manner.”

The national coach indicated that he was satisfied with the performance of his team players during the confrontation, pointing out that he was forced to rest some players from the confrontation to prepare them for Wednesday’s match against the same competitor in the League Cup final, and said: “We hope to be in the best condition in the match. final.”

• Al Ain maintained a seven-point difference with Al Wahda, the runner-up, five rounds before the end of the season.