Al Ain consolidates its lead with Al Dhafra points, and is one step away from the league 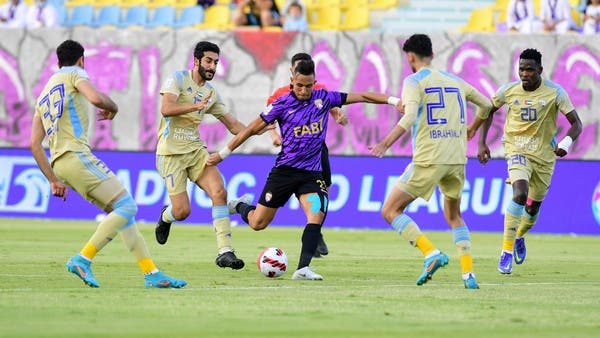 Al-Ain took a big step towards regaining the UAE Pro League title, with a 1-0 victory over its host Al Dhafra with a goal by Cayo Canedo on Saturday.

Al Ain, seeking to win the title for the first time since 2018, raised its score to 55 points in the lead, 10 points ahead of Al Wahda, Al Jazira and Sharjah, its closest rivals, four rounds before the end.

Al Ain needs to win its next match on the defending champion Al Jazira next Wednesday to crown the championship with three rounds remaining, regardless of the results of its competitors.

The balance of Al Dhafra, who played with ten players since the 48th minute after Khalaf Al Hosani was sent off for receiving a second warning, stood at 18 points in 12th place. Caio scored the winning goal in the 30th minute with a header after a cross pass from a free kick by Argentine Christian Guanca.

Al Ain goalkeeper Khaled Issa saved a powerful shot with his foot from close range through Brazilian Guillerme in the last minute of stoppage time to keep the three points for the League Cup champion.