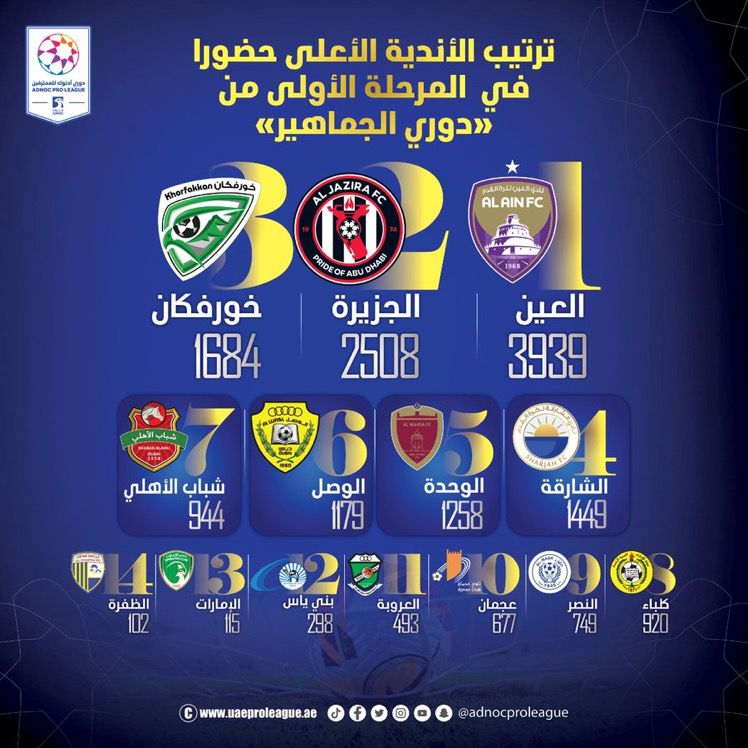 The association said in a statement: “The prizes will be handed out to the top three holders during the 12th round matches of the ADNOC Professional League, which will be held on December 30 and 31.”

He added, “The challenge race among the fans will start again in the 12th round, to win the second periodic prize, which will include matches in the 12th, 13th and 14th rounds.”