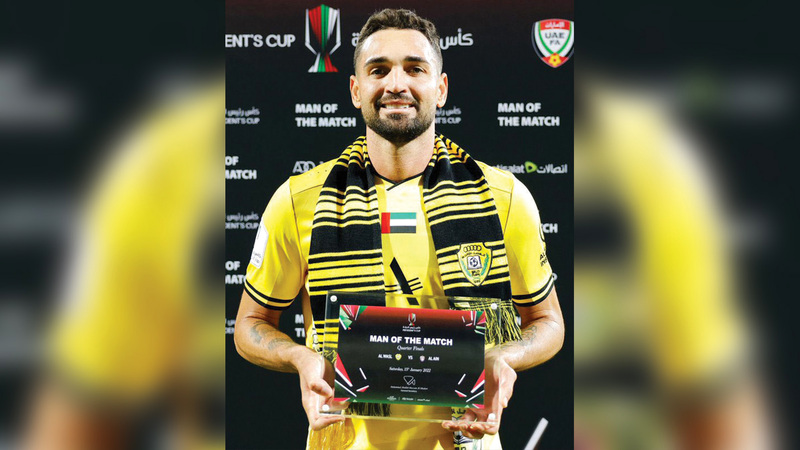 Al Ain team paid the price for wasted opportunities in the first half of its match against Al Wasl, the day before yesterday, in the quarter-finals of the President’s Cup, to bid farewell to the championship after “Remontada” and Salouia, whose hero was the new Brazilian player Gilberto Oliveira, who succeeded in scoring two goals to ascend Al Wasl to the round The semi-finals and a date with Al Wahda in a strong match in order to reach the final match, and the summit of Al Wasl and Al Ain witnessed a number of scenes.

A painful blow received by Al-Waslawi fans, when Lima injured his ankle in the second half, and he left the match and appeared in great pain on the bench. Certainly strong for the national team before the match against Syria in the Asian qualifiers for the World Cup.

Al-Waslawi fans lived a good night after their team won and qualified for the semi-finals of the tournament, especially after the emergence of the new hero who saved the team, the Brazilian Oliver, who scored the two goals of Al-Wasl in his first appearance after joining the team officially a few days ago, to bring back the memory of the former Brazilian Oliveira, Who was crowned with Al Wasl in the league and cup in 2007, and his skills appeared in the second goal he scored in the 91st minute of the match.

Al-Wasl imposed on Al-Ain the second loss in a row for the leaders of the ADNOC Professional League, so that Al-Ainawi fans found their team losing two matches, the first against Sharjah at the end of the first round of the league championship, and the second against Al-Wasl in the cup, which confirms a defensive crisis in the Al-Ain team, which has become exposed to loss in any A match after a long period of not receiving any defeat.