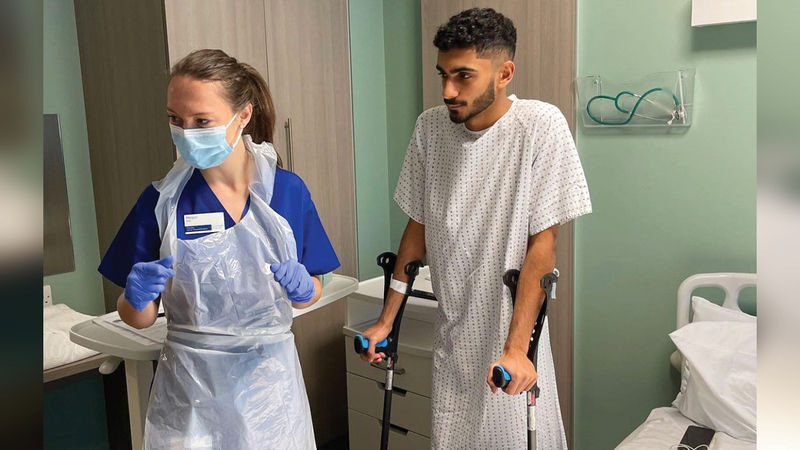 The player of the first football team in Al Ain Club, Muhammad Abbas, returned yesterday to the country, after he underwent a cruciate ligament surgery at Cromwell Hospital in the British capital, London, at the hands of a consultant knee surgery, Dr. Andy Williams, as the player was injured in His team’s match against Al Dhafra, and medical examinations confirmed that he had a torn ligament, which necessitated surgical intervention. A number of the player’s friends celebrated his return to the country, and it was decided that the player would directly start the second part of the rehabilitation program under the supervision of the team’s medical staff, in order to complete the treatment period to be ready to appear with the team in the new season, while the possibility of the player accompanying the team to the planned external camp was not specified. It will start at the end of next month in a European country. Muhammad Abbas had started his first rehabilitation program after the surgery, under the supervision of the medical staff, by communicating with the medical staff of Al Ain Club, before returning to the country.