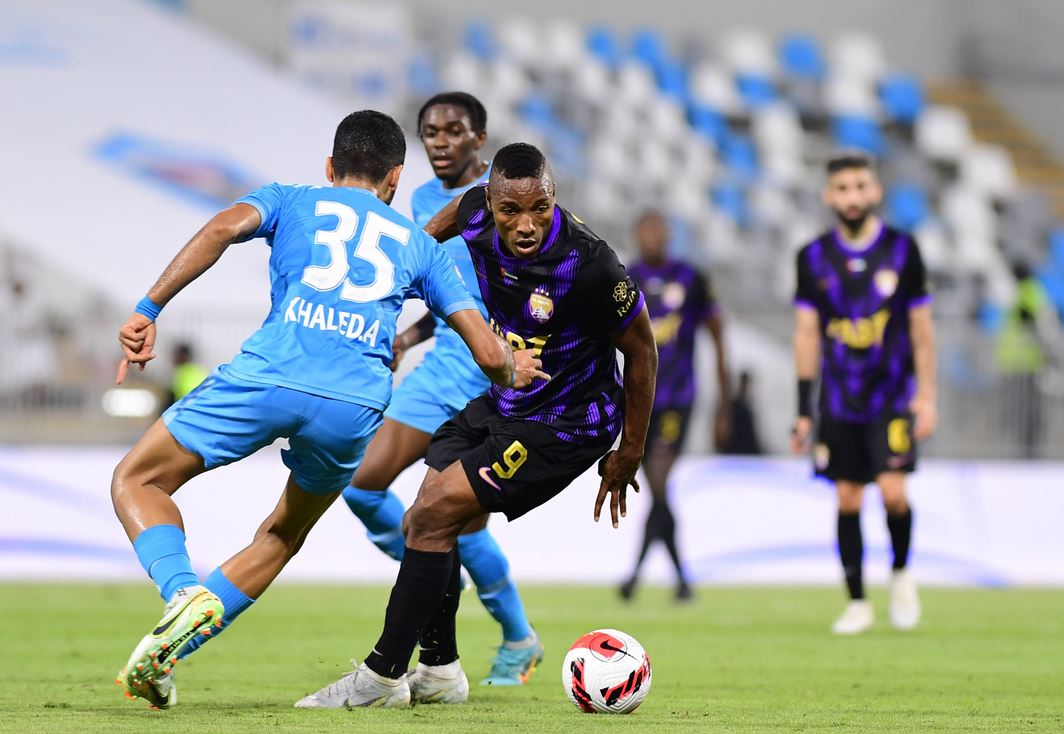 Today, Al Ain team achieved an important victory over its host Dibba with two clean goals, in the match that was held at Dibba Al Fujairah Stadium in the fifth round of the ADNOC Professional League. Al-Ain raised its score to 10 points, and Dibba continued with one point. Al-Ain entered strongly from the start of the match, and the Ukrainian player of Al-Ain Yarmolenko shot from outside the penalty area in the fifth minute.

One minute later, the duo Yahya Nader and Yarmolenko led an attack during which they exchanged the ball, before Yarmolenko shot it into the goal, scoring the first goal in the 6th minute.

Dibba’s most dangerous attempt came from Brazilian Gagau, who hit the ball over the crossbar in the 37th minute. Al Ain scored a second goal through Sofiane Rahimi, but it was canceled due to offside in the 58th minute. Al-Ain player Danilo received a red card, but it was modified to yellow only. Then Yarmolenko was denied his second goal, before Laba Kudjo scored the second goal for Al-Ain in the 89th minute after he benefited from a pass from Sofiane Rahimi.