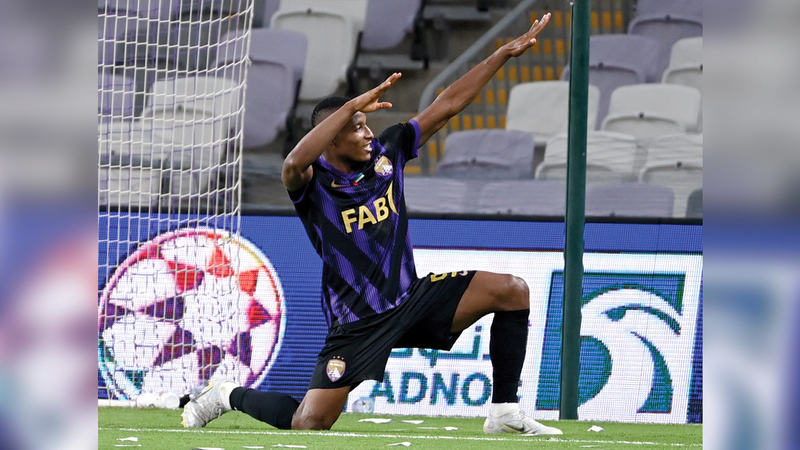 Togolese international striker Laba Kodjo scored four goals to lead his team Al Ain to a wide victory over Al Dhafra by seven clean goals in the match between the two teams yesterday, at Hazza Bin Zayed Stadium in the second round of the ADNOC Professional Football League, in a meeting in which he did not find the “leader”. Difficulty to win and correct the course after he had tied in the first round away from his home 1-1 against Ajman, a match in which striker Kudjo missed a penalty kick in the last minute.

Laba Kodjo cut the match’s goals bar in the 11th minute when he reversed his colleague Cayo Canedo in the goal, and the same player returned and scored the second goal for him and his team in the 29th minute with a powerful ground shot from inside the penalty area, while Ukrainian newcomer Andrei Yarmolenko secured the goal in the 35th minute. The third for his team and the first for him in his career with Al Ain, taking advantage of a defensive error, before Laba scored his third and fourth goal for his team in the 43rd minute from a header after a pass from his Moroccan colleague Sofiane Rahimi.

The second half started with an advantage for the owners of the land, taking advantage of the numerical shortage in Al Dhafra after the expulsion of his Ghanaian defender Leonard Ofor before the end of the first half, so striker Laba Kudjo translates the “leader” advantage by scoring his fourth and fifth goal for his team “Super Hattrick” in the 68th minute, and Colombian defender Danilo Arboleda added The sixth goal in the 81st minute with a header, taking advantage of the cross of his Brazilian colleague Eric, before the Moroccan Sofiane Rahimi concluded the seven in the 89th minute with a powerful ground shot from inside the penalty area, translating the Ukrainian Yarmolenko’s golden pass.