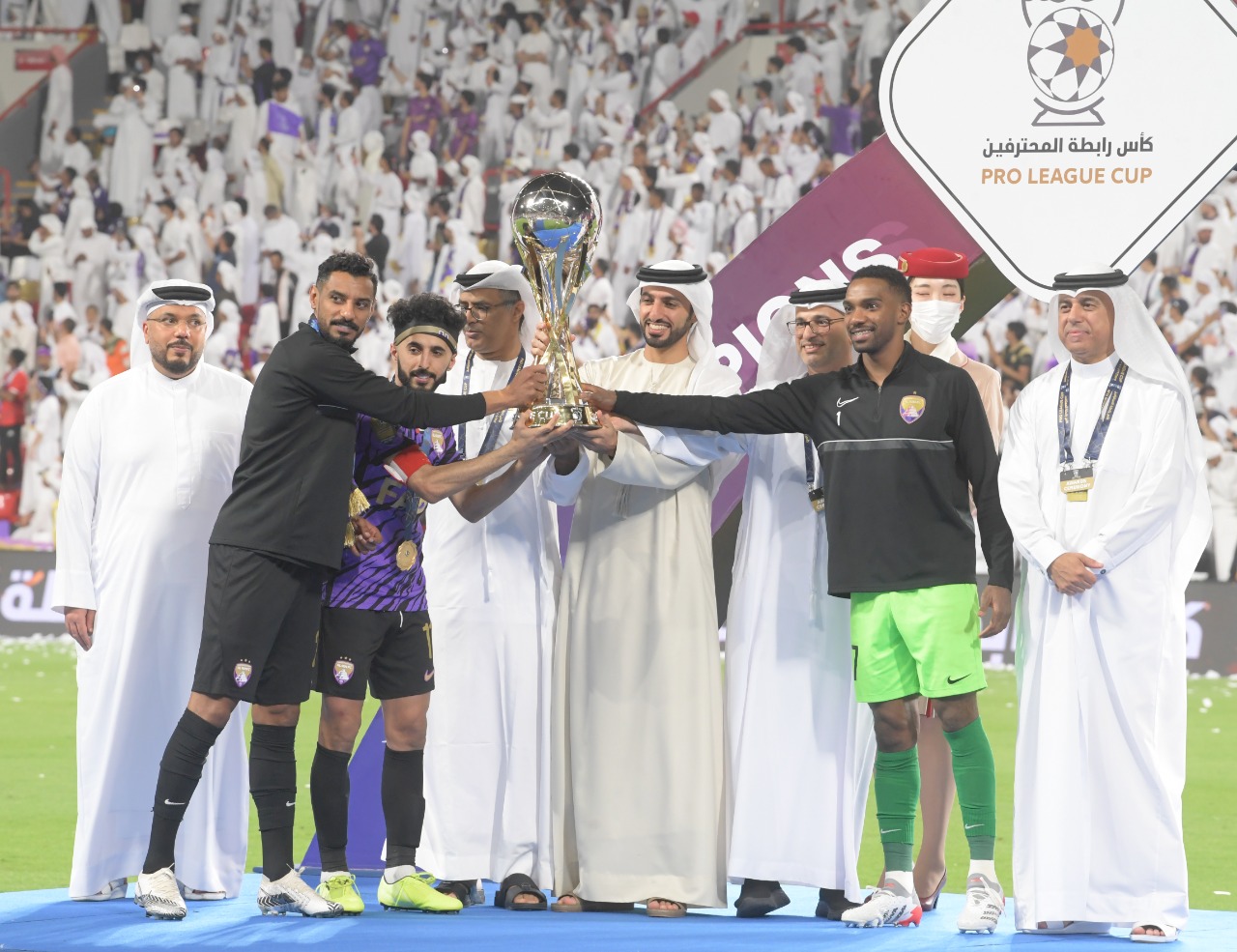 Al-Ain team won the Football League Cup for the second time in its history after waiting for 13 years since the first title he had won in 2008/2009. -2 In the meeting, which was held at Mohammed bin Zayed Stadium.

The “leader” deserved the coronation after his performance during the match, despite the number of opportunities that the team’s players missed during the second half in particular. On the other hand, the “Knights” played realistically, especially in light of the physical fatigue suffered by the team’s players due to the Asian participation, but with that the team succeeded In reaching the penalty shootout, but he was stubborn.

The start was exciting from the two teams, and in contrast to the course of the meeting, Shabab Al-Ahly kidnapped the goal in the 28th minute by Argentine Cartabia after an elaborate reciprocal attack, with the ball reaching the young player Hareb Abdullah, who passed a cross ball inside the penalty area, which Kartabia easily turned with his foot in the goalkeeper Khaled’s goal. Issa, the goal that ended the first half.

The second half started with an average performance from the two teams, but the level gradually increased by both teams, and Al Ain benefited from the retreat of Al-Ahly youth players to their defensive areas and exerted continuous offensive pressure that resulted in scoring the equalizing goal in the 53rd minute, when defender Bandar Al-Ahbabi sent a ball into the penalty area around which Laba Kudjo in the net with an elaborate header.

Caio strengthened Al-Ain’s lead by scoring the second goal in the 75th minute with a header, taking advantage of Eric’s cross. But Kartabia returned his team to the atmosphere of the match by scoring the equalizing goal for the “Knights”, the second for him and his team in the 81st minute from a free kick. The goal increased the excitement of the match, and the festival of missed opportunities continued with the two teams this time, as the official time ended in a 2-2 draw, and the match went to penalty kicks, which Al Ain decided 5-4 to crown the title.