Al Ameri: Jamal Maarouf and I cherish the Al Ain experience and look forward to a happy ending 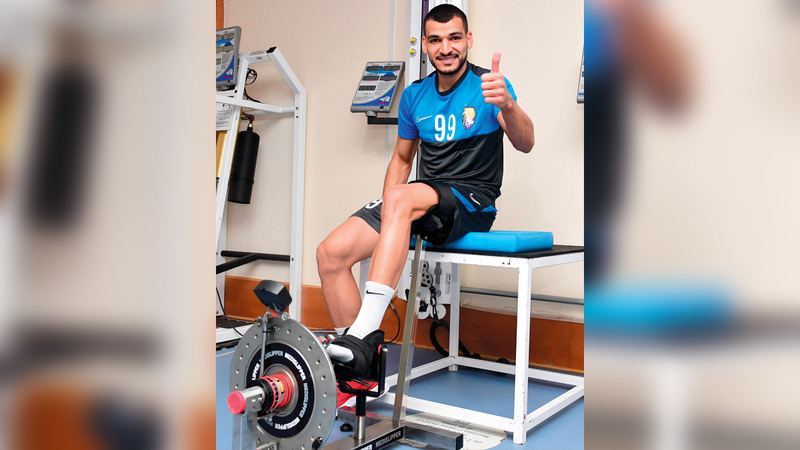 The players’ agent, Adel Al-Amri, explained that his client, Al-Ain striker Jamal Maarouf, received a notification from the team’s coach, Ukrainian Sergey Rebrov, that he was out of his accounts in the new season, and that he and his client had proposed to the club the idea of ​​reaching a happy end to the good relationship that linked them over the past years. And they hope to reach a formula of understanding whereby the contract is terminated, and the rights of the player and the club are preserved.

Al-Amiri told «Emirates Today» that he and his client are proud of the distinguished experience that brought them together with the Al Ain team, and added: “It was a wonderful period that a well-known beauty lived in a large club the size of Al Ain, and he found dealing with all professionalism from everyone, which helped him focus on presenting himself in a distinctive way. During his participation with the team in all competitions, starting with the FIFA Club World Cup 2018, in which he reached the final match with the team.

The player’s agent confirmed that every beginning has an end, and that the winds took place in a way that the ships did not desire, that Jamal Maarouf would continue with the team. We are very grateful for the great confidence my client has in having his name written in the history of those who wore the shirt of this great club.”

Al-Ain team player, Jamal Maarouf, suffered a fracture of the fibula during his participation with the “leader” against the Saudi victory in the group stage of the AFC Champions League, after which he underwent successful surgery, before returning to the stadiums, but he went out on loan and completed last season with The Khorfakkan team, while automatically returning to Al Ain Club after the loan ended, and is currently training at Khalifa Bin Zayed Stadium on two morning and evening shifts.

On the future of Jamal Maarouf in the event of the contract being terminated, Adel Al-Amri explained that official offers have been received to the management of Al Ain Club to obtain the services of his client. And between the club, and based on the fact that the player has become outside the club’s accounts, we have offered to terminate the relationship by mutual consent in a way that does not harm the rights of the player and the club.”

Al-Amri indicated that the contacts between them and the club lasted more than three months, and added: “Al-Ain Club with its great stature and professionalism known for it, we are confident that all things will end happily and quickly, so that the player can join a new destination, especially since most clubs have started their camps external.”

On the other hand, the Al Ain team continues its morning and evening training in its current camp in Germany, to leave next Sunday for Austria in order to complete the second phase of the camp, and the club has scheduled two matches out of the six that it will play, as it was decided that Al-Fayhaa will face Saudi Arabia next Thursday. , while Kuwait faces Kuwait next on August 5.