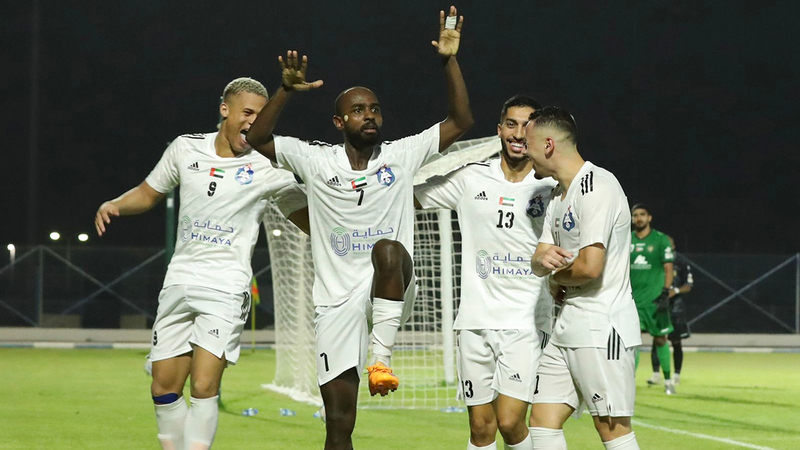 Yesterday, Al-Arabi team defeated its guest Al-Taawon 1-0 in the fourth round of the first division competition. The Omani player Faris Al-Jabri scored the goal in the 27th minute, making Al-Arabi top the standings with 10 points, while Al-Taawoun remained with its previous score of four points.

Al Dhaid tied at home with Al Hamriya with a goal for the same, scored by Cameroonian Ernest Anang in the 55th minute, while Brazilian Guard Santos scored by Hamriyah in the fourth minute, bringing Al Dhaid five points to four Al Hamriya.