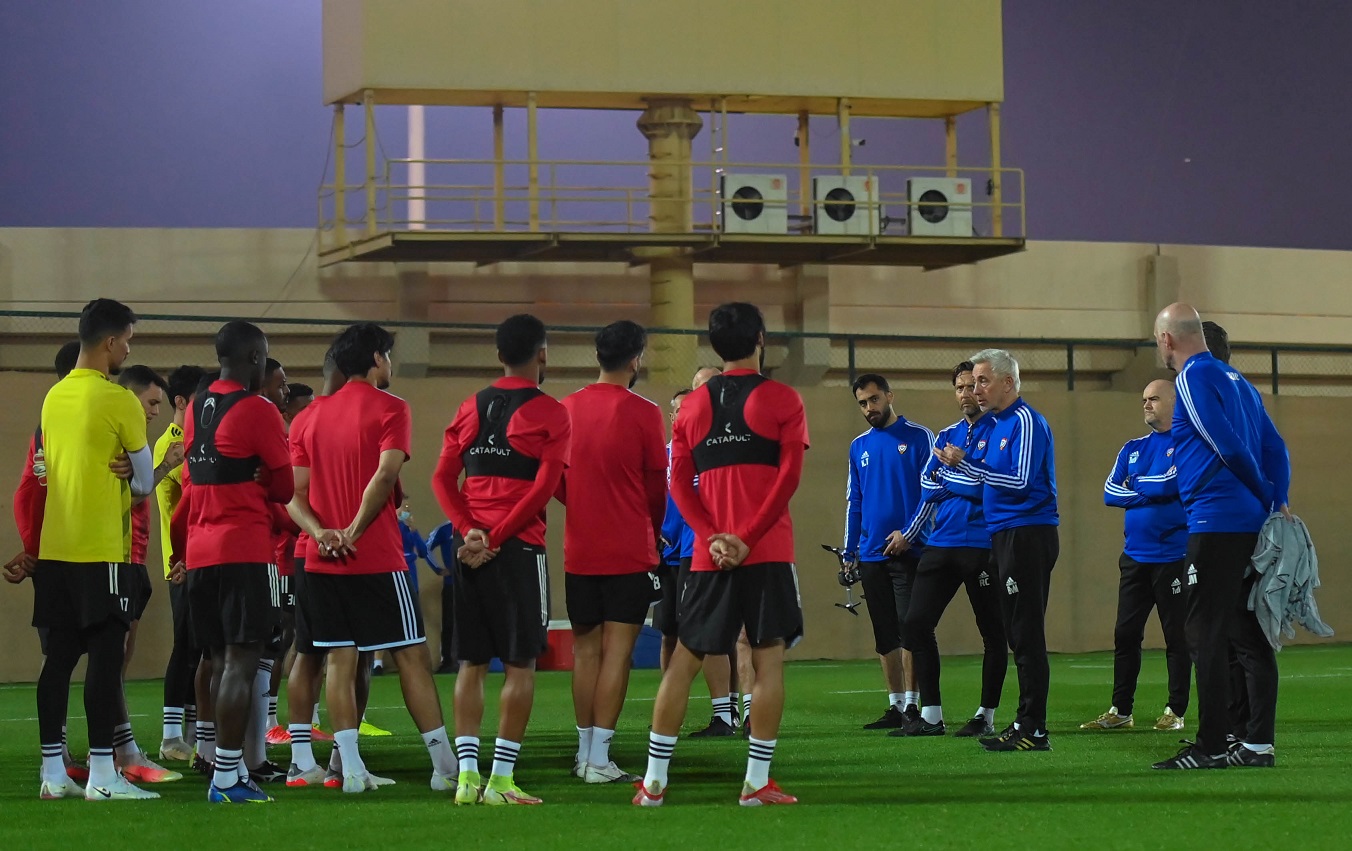 Today, the UAE national football team inaugurated its internal camp in Dubai, in preparation for the confrontations between Syria and Iran, in the Asian qualifiers for the 2022 World Cup for Group A, where it faces Syria on January 27 at Al Maktoum Stadium in Al Nasr Club, and faces Iran in Azadi Stadium in Tehran on the first from february.

While the first training session, Muhammad Al-Attas, was absent due to special circumstances, and Shaheen Abdul Rahman, Salem Sultan, Sebastian Tigali and Suhail Al-Nubi due to health illness, as well as Khalifa Al-Hammadi, Yahya Nader and Abdullah Ramadan due to injuries.