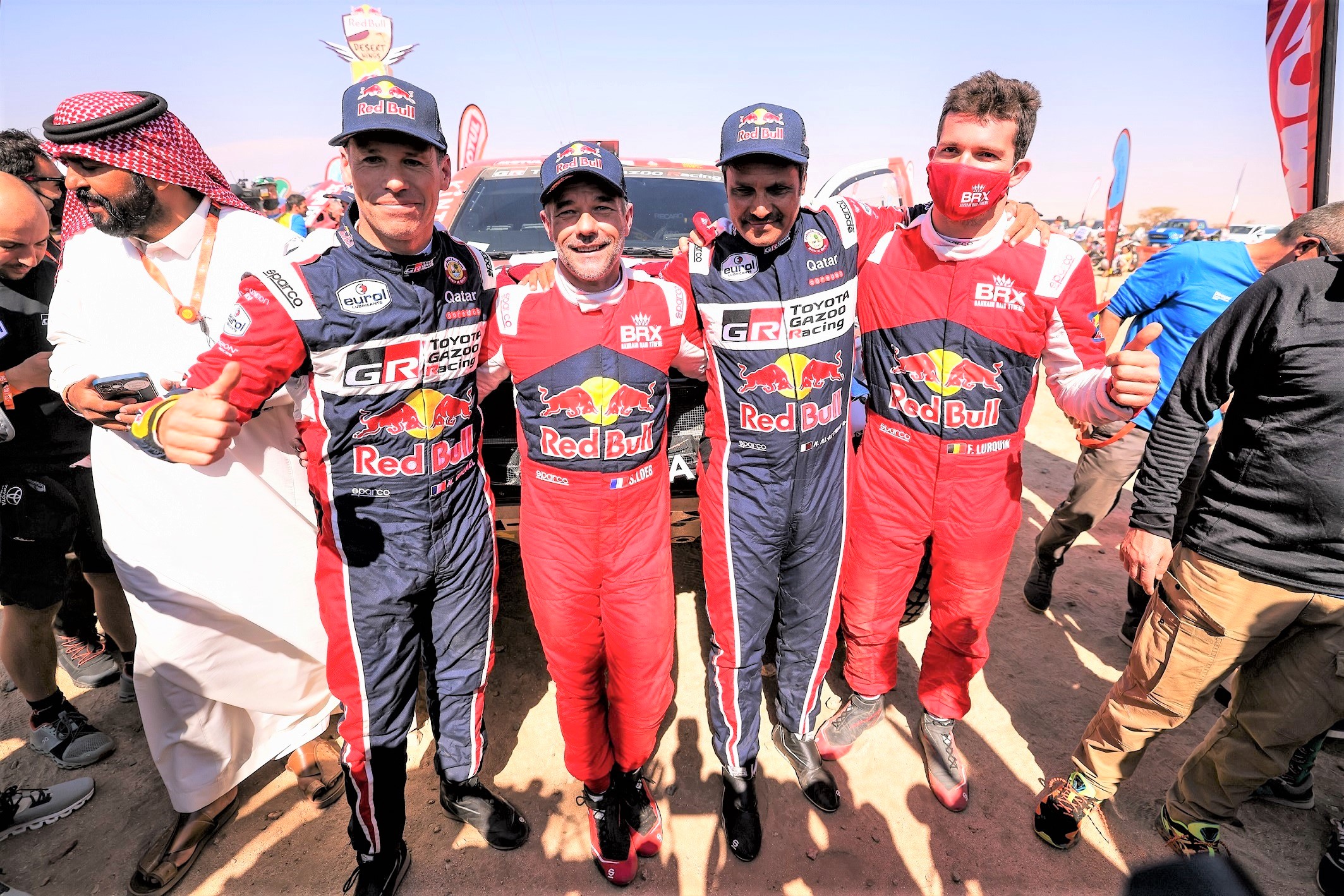 Qatari driver Nasser Al-Attiyah (Toyota) won the Dakar Rally title for the fourth time after the years 2011, 2015 and 2019 at the conclusion of the last twelfth stage in Jeddah, Saudi Arabia today. Al-Attiyah led the general classification over Sebastian Loeb and his assistant Fabian Lorken in the Bahrain Red Extreme Prodrive Hunter car, by 27 minutes and 46 seconds, while Saudi Yazeed Al-Rajhi finished third by one hour, one minute and 13 seconds.

The final stage title was won by Henk Latigan of South Africa, followed by Loeb, Bahrain Red Extreme driver Orlando Terranova and his assistant Dani Oliveiras in a Prodrive Hunter second car, and he finished fourth, which is the best result for the Argentine driver so far in the Dakar Rally.

The third team’s crew, Nani Roma and co-driver Alex Harrow, in a Prodrive Hunter third car, completed the rally, making Bahrain Red Extreme the first team to complete the rally with a full range of cars powered by the latest generation of advanced sustainable fuels. The Dakar Rally was the opening round of the new World Desert Challenge Championship, which will continue next March with the Abu Dhabi Desert Rally, before the other rounds in Kazakhstan, Spain and Morocco.