Al-Attiyah wins the Dakar Rally for the fourth time 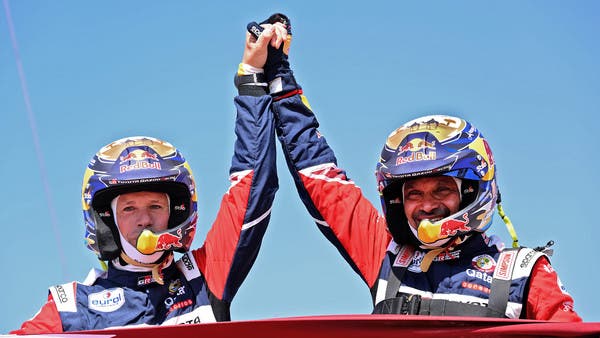 Qatari driver Nasser Al-Attiyah (Toyota) was crowned the champion of the Dakar Rally for the fourth time after the years 2011, 2015 and 2019 at the conclusion of the last twelfth stage in Jeddah, Friday.

Al-Attiyah advanced in the general classification over the French Sebastien Loeb (Prodrive) by 27 minutes and 46 seconds, while the Saudi Yazeed Al-Rajhi came third by one hour, one minute and 13 seconds.

After his coronation, Al-Attiyah said: The feeling is incredible. we are very happy. On the other hand, Loeb was not upset with the result, saying: “At the beginning we thought it was over for us (he lost about 30 minutes in the second stage), but we struggled and managed to finish second, so we had a good rally.”

Al-Attiyah, 51, succeeded in winning two stages during the rally in addition to the preliminary stage, and none of his main competitors, veteran Stefan Peterhansel or Spanish Carlos Sainz, managed to pose any threat to his lead.

Al-Attiyah equaled the number of titles in the Dakar Rally with Finn Ari Vatanen, but he is still far from the record set by Peterhansel with 8 titles.

In the motorcycle category, Britain’s Sam Sunderland (KTM) won his second title in Dakar after winning his first title in 2017.