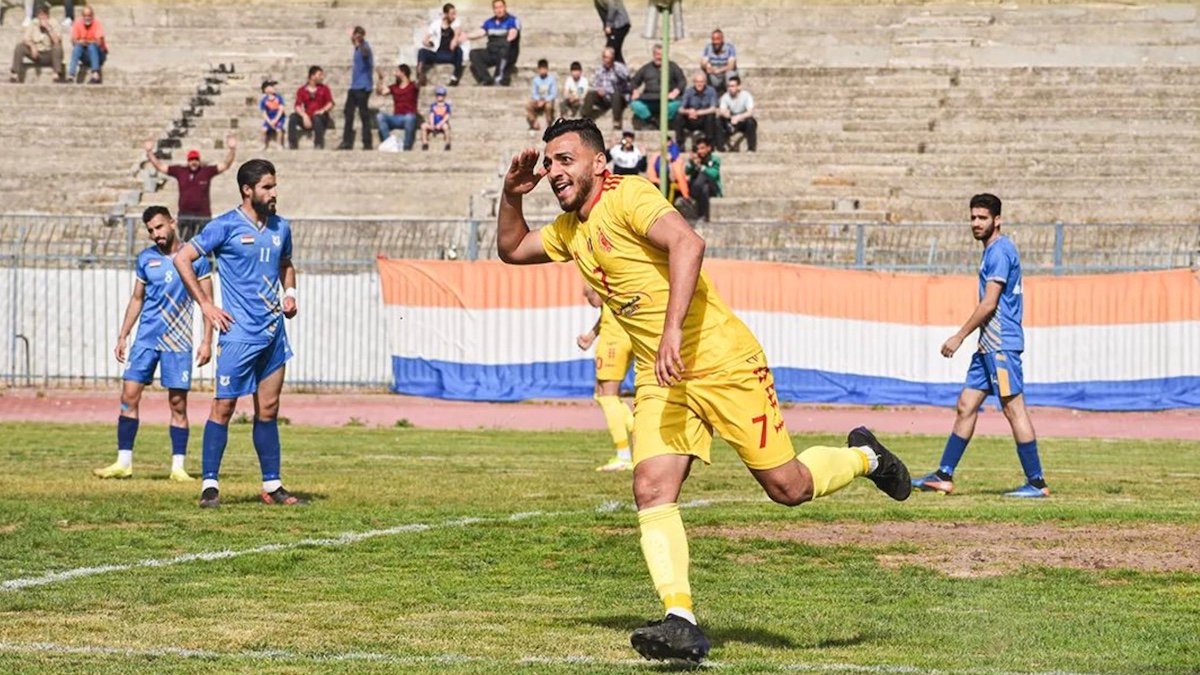 Tishreen team won the Syrian Premier League football title for the third time in a row and the fifth in its history, after its victory this afternoon, Friday, against its host Al Karama, by three clean goals, in a match that brought them together for the twenty-fourth round of the tournament, where Zakaria Al-Omari, Muhammad Kamel Kawaya and Muhammad Malta scored Tishreen goals. .

Tishreen’s coronation, known as “The Sailors”, came two rounds before the end of the league, in light of a constant level presented by his players throughout the season’s stages, in addition to the team’s possession of the hero’s personality, which led it to win 18 games, draw in five confrontations and be satisfied with losing on one occasion that came in the round 22 in front of Jableh with a score of “1-2”.

Tishreen consolidated its lead in the overall standings with 59 points, which was enough for him two rounds before deciding the title, especially since Tishreen maintained the seven-point difference from its pursuit Al Wathba, who in turn won over Hargla with a clean goal signed by his player Anas Boza, in a victory that did not satisfy Al Wathba in maintaining the His hopes of competing for the title.
The phenomenon of withdrawals re-emerged in the Syrian League, after the relegated Norias to the First Division refused to complete its match against its host Hattin, after referee Muhammad Qaram calculated a penalty kick for Hattin in the 68th minute, and the result at that time indicated a positive tie with two goals for the same.
In the rest of the results, the police achieved a surprise victory over its neighbor Al-Wahda by three clean goals in the match that was held at Al-Fayhaa Stadium, so that the police kept their hopes of staying among the seniors.
Al-Fatwa managed to return to the path of victories, by defeating its host, Al-Talia, with a clean goal scored by Abdul Rahman Al-Hussein in the 63rd minute, while the match between Al-Jaish and its host Jableh ended in a goalless draw, before Al-Ahly Aleppo and Al-Hamdaniya Stadium managed to win over its neighbor Afrin (relegated to the first degree) with two goals. Two goals scored by Ali Khalil in the 50th minute, and Muhammad Rihaniya in the 52nd minute.