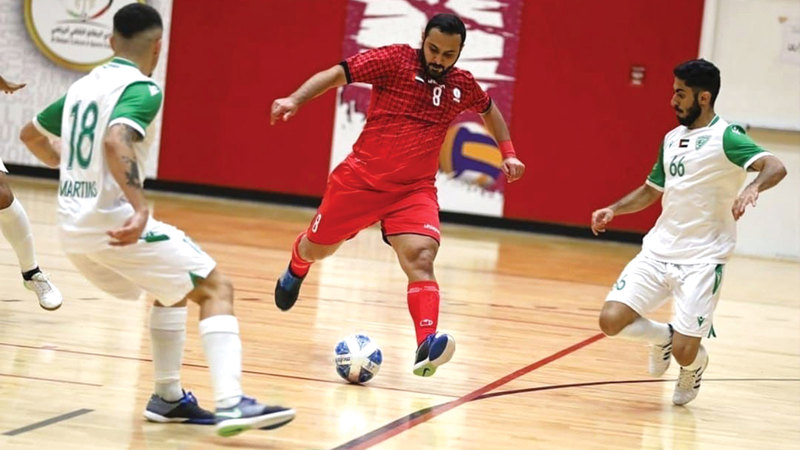 The second round of the Futsal Federation Cup witnessed the day before yesterday, Al-Bataeh beat Khorfakkan (4-1), to approach the qualification for the semi-finals, as it needs only a draw in the next match with Al Hamriya.

In a second confrontation, Sharjah regained its chances in the competition, by defeating Kalba (5-3).

Despite the victory of Sharjah, he did not guarantee official qualification, waiting for his last match with Maliha and the impact of the Kalba confrontation with Dibba Al-Hisn, which is an early summit.

The second round ended with a tie between Dibba Al Hisn and Maliha (2-2).