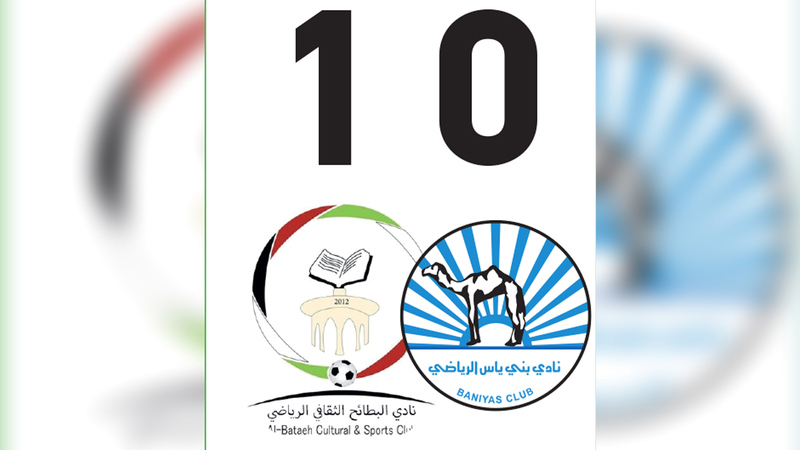 Brazilian striker Lawrence led Al-Bataeh team to achieve a valuable victory away from its host Bani Yas, with a clean goal, in the match that brought the two teams together, yesterday evening, at Al Shamkha Stadium in the third round of the ADNOC Professional League, bringing Al-Bataeh’s tally to six points, while the points froze. Heavenly” at only three.

Lawrence scored the game’s only goal in the 57th minute after a great individual effort before sending a curved ball from inside the penalty area to the left of the “heavenly” goalkeeper Fahd Al-Dhanhani, translating the few chances he obtained during the two halves of the match, while the owners of the land struggled to equalize the result, but The team did not take advantage of the opportunities, despite its control over the course of the match.