Al-Bataeh surprises Kalba and wins the kickoff with the “Professionals” 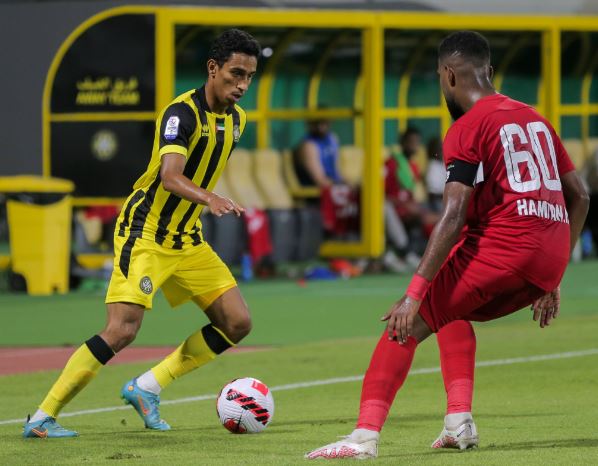 Al-Bataeh won an important victory against its host Kalba today, with a score of 2-0, in the first round of the ADNOC Pro League. Al-Bataeh celebrated winning his first match with the “professionals” after his rise last season. Al-Bataeh goalkeeper Zayed Ahmed is credited with the effective contribution to the victory after he saved many balls.

Kalba appeared the most possessive, but Al-Bataeh opened the scoring through Brazilian Lawrence, who received a long ball from goalkeeper Zayed Ahmed to set the goal straight and hit the net in the seventh minute. Al-Bataeh was able to register again, taking advantage of some loopholes in the ranks of Kalba.

Sultan Adel missed the opportunity to score a tie after a header he shot from an easy position that went next to the post 35, and Cameroonian Anatole almost scored a second goal for Al-Bataeh, had it not been for a distinguished save by Kalba goalkeeper Issa Ahmed. The bravery of Al-Bataeh goalkeeper Zayed Ahmed prevented the equalizer after the Romanian Alexandro Cisaldo kicked a direct free kick 45.
In the second half, the substitute player of Kalba, Yasser Hassan, contributed to making more attacks for the Tigers, including in the 63rd minute, which was close to scoring, had it not been for the intervention of Al-Bataeh goalkeeper Zayed Ahmed. Kalba scored a goal after a ball played by Yasser Hassan to Malaba, which was canceled by the referee because he was an offside position.

Al-Bataeh goalkeeper saved Malaba’s header 88. Al-Bataeh got a penalty kick (90 + 2), which was missed by Portuguese Joao Pedro, after goalkeeper Issa Ahmed saved it. The same player returned and scored the second goal after an individual effort (90 +9), after which the match ended with Al-Bataeh winning with two clean goals.