Al-Batin stops the uprising of cooperation with three 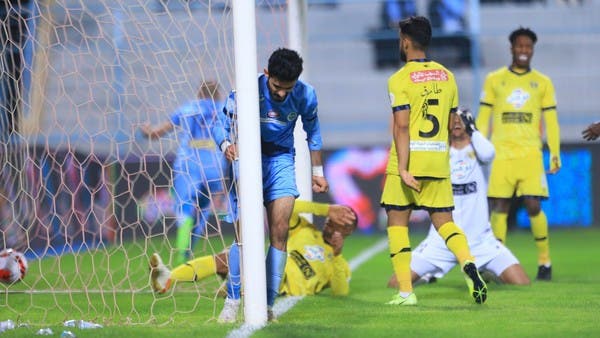 Al-Batin regained the tone of victories after defeating its guest Al-Taawoun 3-2, in an exciting confrontation that took place at its stadium in Hafr Al-Batin, in the 12th stage of the Mohammed bin Salman Professional League.

Al-Batin succeeded in returning to the path of victories that he had lost in the previous two stages, after losing against Al-Raed and Al-Ahly Jeddah.

Meanwhile, Al-Taawoun returned to the cycle of losses that it avoided in the past three stages, after achieving two victories over Abha and Al-Ettifaq, and a draw against Al-Faisaly.

Al-Batin scored two early goals in the 12th and 26th minutes through his players Zakaria Sami and the Dutchman, Mohamed Rayhi. Al-Taawoun managed to score a goal to reduce the difference at the 43rd minute through a penalty kick by Moldovan player Henrique Lovanor.

In the second half, Al-Batin continued his advantage and managed to score the third goal in the 60th minute, which was guaranteed by Brazilian Iago Santos, defender of Al-Taawoun, by mistake.

Al-Taawoun tried to return to the match, but he was satisfied with scoring the second goal at the 66th minute through his player Fahd Al-Rashidi.

With this result, Al-Batin’s balance rose to 12 points to advance to 13th place, two points behind Al-Taawun, ranked 14th.