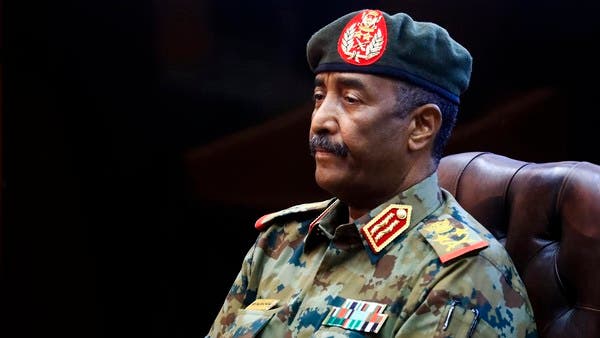 The head of the Sudanese Sovereign Council, Abdel Fattah Al-Burhan, renewed the government’s full commitment to dialogue to reach a political consensus.

On Thursday, Al-Burhan called on international envoys to support and encourage the political parties and the parties to the political process in the country to reach a national consensus leading to the formation of a government to manage the transitional period and reach free and fair elections at its end.

It is noteworthy that a member of the Sudanese Sovereignty Council and head of the Revolutionary Front, Hadi Idris, revealed, on Sunday, that contacts are taking place with the tripartite mechanism of the United Nations, the African Union, the Intergovernmental Authority on Development (IGAD), the military and civil components and the resistance committees in order to overcome the political crisis in the country.

Idris explained that these contacts will continue during the next few days with a number of parties, including Islamic currents and parties, except for the National Congress, according to the Sudanese News Agency “SUNA”.

He also added that resolving the current political crisis and the success of the proposed initiatives depend on responding to the concerns, aspirations and interests of the Sudanese parties.

He also stressed the importance of unifying the initiatives put forward in the arena in one initiative to address the crisis in the country, stressing the need to deal with the crisis seriously in light of “the presence of indicators of fragmentation and economic collapse.”

The head of the Sovereignty Council, Abdel Fattah Al-Burhan, announced on April 15, that the country is entering a difficult stage, which requires concessions by everyone.

In his statements, he said: “We are entering a difficult stage in which everyone must make concessions for the sake of the country,” pointing to the deteriorating economic and security situation in the country, adding: “We are ready to offer what we can to prepare the atmosphere for dialogue.”

It is noteworthy that since the beginning of this April, it has been reported that a number of political parties in the country, especially allied with the military component, have sought to study an agreement in order to form a new government.

The country had entered a state of tension after the armed forces imposed exceptional measures on October 25 last year, announcing the dissolution of the government and the Sovereignty Council.

Since that time, the political parties that shared power with the military component, after the removal of Omar al-Bashir, have not been able to form a government to manage the transitional phase in the country, leading to general elections.