Al-Burhan: The Sudanese people will choose through the elections who will govern them 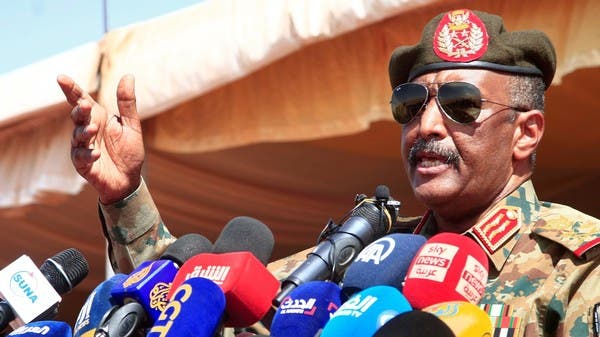 The head of the Sudanese Sovereign Council, Abdel-Fattah Al-Burhan, confirmed Thursday that the Sudanese people will choose, through elections, who will rule them.

He said during his meeting with a delegation from the Egyptian civil society headed by Ambassador Muhammad Al-Orabi, and in the presence of the Egyptian Ambassador in Khartoum, Hossam Zaki, we will seek to achieve consensus with everyone to reach fair elections.

For his part, Ambassador Mohamed Al-Orabi, head of the Egyptian civil society delegation, said in a press statement that the meeting was fruitful and positive, and he said, “We all hope that Sudan will reach full stability,” expressing his hope that Sudan will witness a new phase of reconciliation. He added, “Stability in Egypt will not be complete without stability in Sudan.

He also stressed that the visits of civil society delegations between the two countries will continue, stressing that such initiatives contribute to strengthening the foundations of popular diplomacy between the two brotherly countries.

The start of the Sudanese dialogue

This comes in conjunction with the launch of the Sudanese dialogue sponsored by the tripartite mechanism composed of the United Nations, the African Union and the IGAD, to discuss ways to defuse the crisis in the country, today, Thursday.

The initial meeting, which was held at UNITAMS headquarters in Khartoum, and included representatives of the tripartite mechanism and the leadership body of the Forces for Freedom and Change (National Consensus), discussed its vision on the Sovereign Council, the government, the mechanism for electing the Prime Minister, the Legislative Council, the judiciary, commissions, the government’s program, peace completion and issues related to the roots of the crisis.

The Forces for Freedom and Change (the National Accord Branch) affirmed that they support comprehensive national dialogue and consensus, noting that it is at the core of their declared political line since before October 25, 2021.

She also stressed that she would deal seriously and responsibly with the initiative of the tripartite mechanism so that some parties would not be alone in installing bilateral political settlements, far from the consensus of citizens and in order to prevent the recurrence of the domination of any unelected group over the Sudanese and their will, she said.

The civilian components are demanding a purely civilian rule away from the participation of the military, while the army, led by Abdel Fattah Al-Burhan, confirms that it will not give up participation in government and its responsibilities before reaching general elections in the country next year.

But at the same time, he stressed the keenness to engage in dialogue with all components to reach a unified vision that guarantees a safe exit from the current crisis.

This prompted the United Nations over the past months to hold a series of meetings with the various political and military components in the country, and to hold dialogue sessions to reach a solution.