Al-Burhan to the African envoy: We are in the process of forming a technocratic government 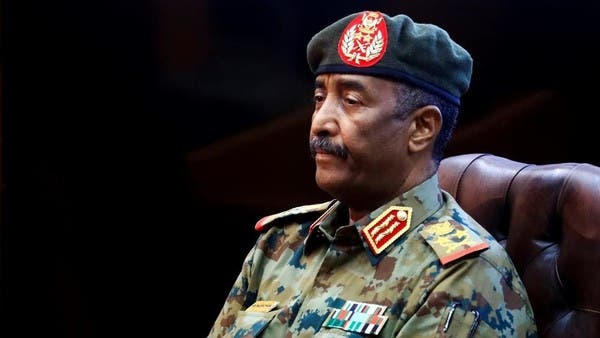 Today, Wednesday, the commander of the Sudanese army, Abdel Fattah Al-Burhan, stressed the keenness of the armed forces to protect the democratic transition in the country, complete the structures of the transitional period, and lead to free and fair elections that bring an elected civilian government that represents the aspirations of the Sudanese people.

Also, Al-Burhan confirmed, during his meeting today in his office at the General Command, the African Union Special Envoy Olson Abu Sango, that they are in the process of appointing a prime minister who will appoint a civilian government of technocrats.

Al-Burhan briefed the African Union envoy on the developments of the political situation in the country.

In this context, Al-Taher Abu Haga, media advisor to the Commander-in-Chief of the Sudanese Armed Forces, Abdel Fattah Al-Burhan, said today, Wednesday, that the formation of the government is “imminent.”

“We are studying all internal and external initiatives to achieve the national interest,” Sudan TV quoted Abu Haga as saying.

Sources familiar with the ongoing talks had reported progress in the mediation file between the dismissed Prime Minister Abdullah Hamdok and the military component.

The sources also expected to come out soon with a consensual formula to overcome the current crisis, according to what Al-Sudani newspaper reported today, Wednesday.

In addition, other sources familiar with the mediation file also confirmed to Bloomberg Agency, that the military and politicians are close to reaching an agreement on power-sharing, with the intensification of international efforts to resolve the crisis that erupted last week, after the army commander, Abdel Fattah Al-Burhan, announced the dissolution of the government and the Sovereignty Council, and the imposition of a state of affairs. emergency in the country.

Since the 25th of last month, Sudan has been experiencing constant tension and civil disobedience in Khartoum, in protest against the army’s dissolution of the civilian government, the imposition of emergency, as well as the suspension of some provisions of the constitutional document.