Al-Burhan: We are keen to appoint a civilian prime minister 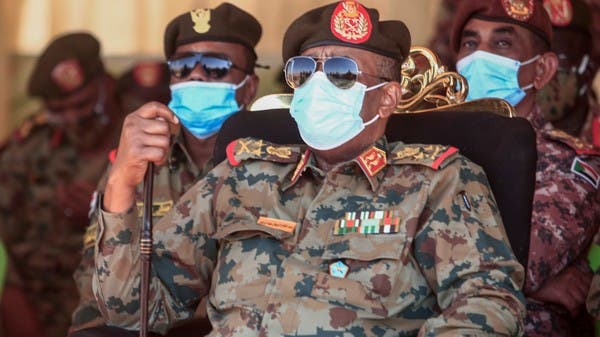 While calls continue to renew the demonstrations in light of the continuation of the UN initiative, the head of the Sudanese Sovereign Council, Abdel Fattah Al-Burhan, affirmed today, Tuesday, that the transitional government is keen to complete the institutions of the transitional period and appoint a civilian prime minister.

The council said in a statement that Al-Burhan’s statements came during his meeting with the envoy of the President of South Sudan, Costello Garang Ring, who was briefed on the overall political situation in the country.

The Sudanese envoy also stressed that Khartoum “is able to overcome the current issues and challenges.”

Involvement of the African Union

In a statement yesterday evening, the Sovereign Council welcomed the United Nations initiative, calling for “involving the African Union to support the initiative and contribute to the success of the Sudanese dialogue efforts, while ensuring its Sudaneseness.”

He also touched on the demonstrations, stressing that “demonstration is a right guaranteed to all, calling for a commitment to peace,” noting that the role of the police and security services is limited to guarding, protecting and ensuring the peace processions.

It is noteworthy that the past days witnessed several regional and international mediations in order to launch a comprehensive dialogue in the country between all political components to reach a solution to the escalating crisis for more than two months.

Yesterday, the United Nations Special Envoy, Volker Perthes, launched talks or consultations, as he called them, in order to open the way to resolving the crisis. He affirmed in a press conference that everyone “including political parties, armed movements, civil society, women’s associations, resistance committees and others have been invited to participate in preliminary consultations.”

Prior to him, the envoy of the President of South Sudan and his security advisor, Tut Galwak, sought to open the door for dialogue between the parties.

He mentioned that the country has plunged since last October 25 (2021) into a severe crisis after the armed forces dissolved the government and the former Sovereignty Council, which prompted many civilian groups to demonstrate, calling for the non-participation of the military component in governance.

Despite Al-Burhan’s pledge to hold general elections in mid-2023, the demonstrations continued in protest of the settlement in which Prime Minister Abdullah Hamdok agreed to return to his position on November 21, before returning and submitting his resignation in early January, stressing that he tried to find consensus, but failed.

But the calls for protest did not stop, insisting on the necessity of the military’s departure from power, even during the transitional period.

Since October, these demonstrations have resulted in nearly 60 deaths, according to the Sudan Doctors Committee.