Al Dhafra coach: We will build on the result of the Dibba match in the upcoming matches 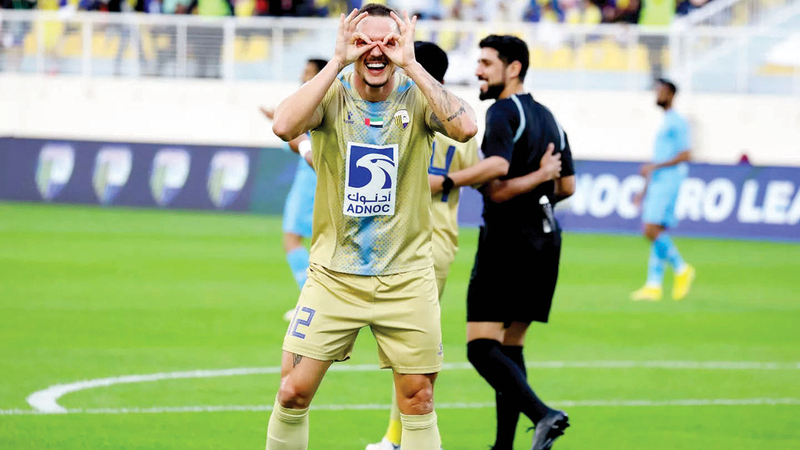 Al Dhafra coach, Aleksandar Filsovich, expressed his happiness at his team’s victory over Dibba Al Fujairah 2-1, the day before yesterday, in round 13 of the ADNOC Professional League.

Stressing that his team will work to benefit from this result, and build on it in the upcoming matches.

“The match was one of the difficult matches that increase the value of Emirati football,” he said during a press conference. Noting that he had spoken to the president of Al Dhafra Football Company about the difficulty and importance of the match, and that the team should intensify its preparations to perform well in the upcoming matches.

Filosovich said that Dibba’s team was very different from what it was before the suspension, due to the changes made by the team, and that he faced a problem due to the change of Dibba’s coach, because he did not know the method and style of the new coach.

Al Dhafra coach confirmed that his team will start preparing for the next match early, and that he will take each of the upcoming matches separately, praising the newly joined players, the Brazilian Tiago and the Bulgarian Milanov, stressing that they played seriously and contributed to winning the scoring and industry.

For his part, the technical director of Dibba Al Fujairah Club, Hassan Al Abdouli, said that his team worked to prepare early for the meeting, and that the confrontation was equal, but success was in the interest of Al Dhafra, wishing success to his team players during the upcoming matches.