Al Dhafra seeks to reconcile with its fans from Kalba 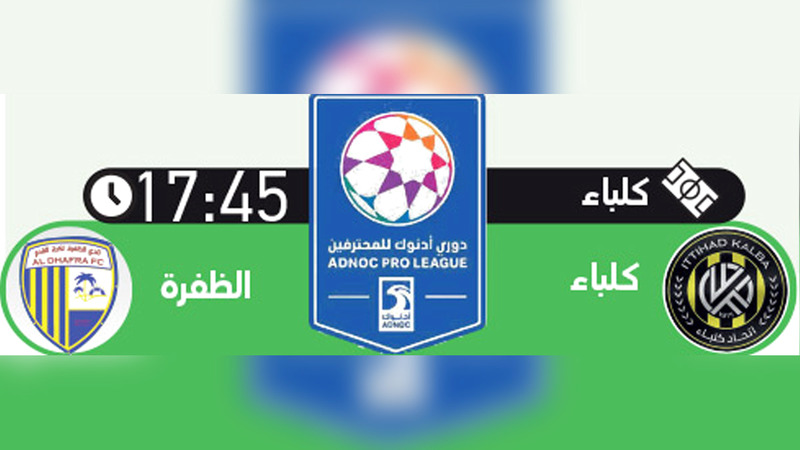 Kalba and Al Dhafra will play at 17:45 this evening a match in the third round of the ADNOC Professional League, as they are looking for a very important victory for each of them. Kalba has three points after its victory over Al-Wahda in the last round with a clean goal, while Al-Dhafra has one point from a draw with Al-Nassr and a loss against Al-Ain.

Al Dhafra seeks to reconcile its fans after the severe defeat of Al-Ain by a clean seven in the last round, and the victory is considered very important for both teams, as Kalba seeks to prove himself and build on the important victory he snatched from Al-Wahda. Kalba is betting on the continuation of the brilliance of its Romanian striker Cisaldo and the Brazilian Spadacio to seize the three points.