Al-Enezi: Being called up to the national team was a surprise I did not expect..Amouri’s return made me happy 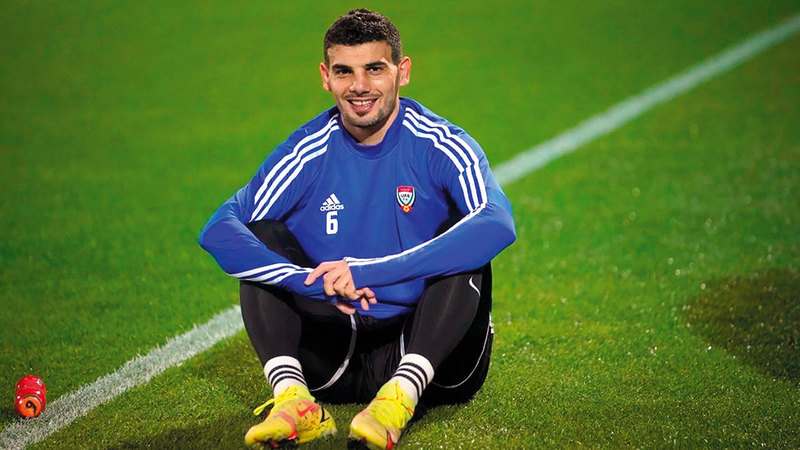 The former Al-Ain player loaned to the Kalba Federation, Muhannad Al-Enezi, confirmed that the national team will appear in a more distinguished way in the Arab Cup, which begins on 28 January in Qatar, expressing his wishes that Al-Abyad reach the final match, and to present distinct technical levels through which he restores happiness. To his fans, indicating that the victory over Lebanon restored confidence to the players and renewed hope of qualifying for the World Cup finals, revealing that he did not expect to be called up to the team, noting that the support of the Kalba Union administration and the technical staff led by Jorge da Silva and his fellow players contributed to his return to the team, and described Omar’s return Abdul Rahman (Amouri) told Al-Malaeb that it was one of the happiest news he had heard, and the following is the text of the interview.