Al-Eryani: The Houthi militia’s talk of a military escalation against it confirms its defeats 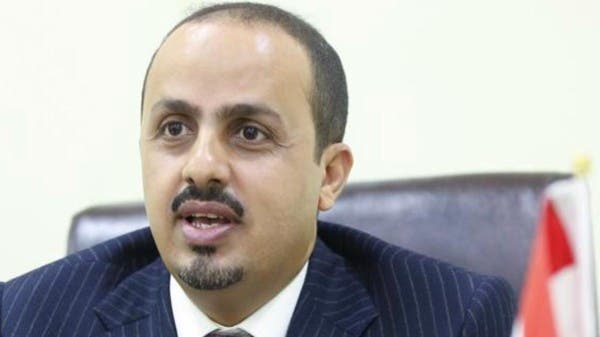 Yemeni Information Minister Muammar Al-Eryani said today, Tuesday, that the Houthi armed group leaders’ talk of a military escalation against it “confirms the failure of its plans.”

He added, through his account on “Twitter”, that this talk “is ridiculous and pathetic… in addition to being an affirmation of the failure of its plans, its humiliating defeats, and the state of panic and fear that it is experiencing.”

He continued, “Yemenis and the whole world are aware of the Houthi militia’s rejection of peace, its undermining of all calm and ceasefire efforts in implementation of Iranian dictates, its pursuit of political and military escalation, especially on the fronts in Ma’rib Governorate, and its continued terrorist attacks on civilian objects in the liberated and neighboring areas.”

He said: “The international community, the United Nations, and the UN and American envoys are required to realize these facts, provide real support to the legitimate government in the battles to restore the state and overthrow the coup, to exert maximum political pressure on the Houthi militia, to include it on international terrorism lists, and to impose severe sanctions on its leaders.”

After “Al-Arabiya” and “Al-Hadath” obtained a video clip from the Coalition to Support Legitimacy, revealing that the Houthi militia had transformed Sanaa airport into a base for launching missiles and marches, Yemeni Information Minister Muammar Al-Eryani said, on Monday, that the video that the Coalition to Support Legitimacy had secretly uploaded confirms the Houthi militia’s transfer of an airport. Sanaa a military barracks for Hezbollah and Iran.

To this, he added, via his Twitter account, that the airport now includes “missile installation and equipment workshops with the participation of experts from Hezbollah and Iran,” referring to the Houthis’ use of United Nations planes “to simulate an interception and destruction scenario,” saying that this represented “a serious threat to the safety of aircraft and their crews.” .

He also added that the Houthi militia is taking government headquarters, civilian and vital facilities, residential neighborhoods, homes, mosques and markets as “dens for storing weapons and managing its terrorist activities.”

He stressed that this constitutes “a flagrant violation of international laws and covenants that criminalize the intrusion of civilians and endangering their lives.”