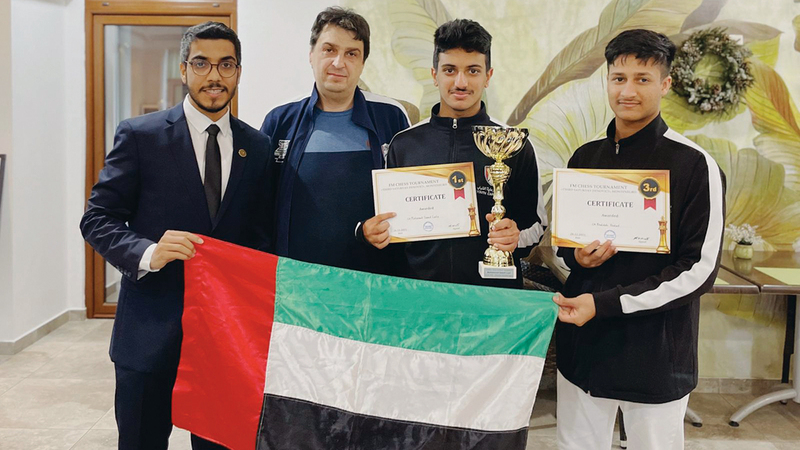 The player of the Fujairah Chess and Culture Club, Mohammed Saeed Al-Yili, won first place in the Montenegro International Classic Chess Championship, which ended the day before yesterday in Montenegro, after collecting 6.5 points. Khaled Al-Hafeiti III.

In turn, the club’s board member and head of the participating delegation, Jassim Haikal Al Balushi, described the participation in the mission and competitions as being strong with the participation of strong players, expressing his happiness at raising the UAE flag during the tournament in Montenegro as a distinguished international sports forum.