Al-Falasi: Al-Nassr will strive to achieve the remaining titles of “the plane” 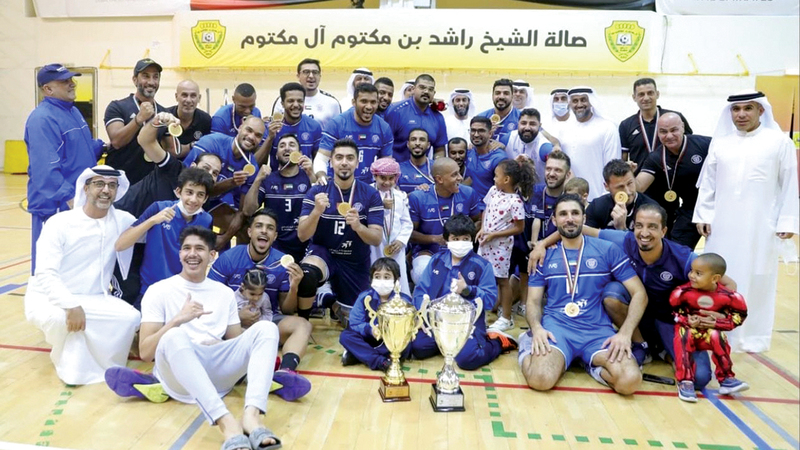 A member of Al-Nasr Club for Team Games, the supervisor of the volleyball team, Mansour Al-Falasi, confirmed that the “brigadier” will continue to work to win the remaining titles during the season, in reference to the team’s desire to achieve the titles of the President’s Cup and the General League, to add them to the two Vice Cup titles. The head of state and the Super Cup, which the “Brigade” achieved at the expense of his neighbor, Al-Ahly youth, in just eight days. Al-Falasi told “Emirates Today”: “Collecting titles is the goal of every club, and they will work for that, but he pointed out that every championship has its own circumstances, and it cannot be pledged to achieve it before it begins,” and added: “We certainly strive to achieve all championships, and at the time The same we realize that we have to work well for that, we do not know the circumstances that may surround the team, because every tournament has its own circumstances, so we, as I said, will strive to prepare the team appropriately, and we will provide all the required needs. Al-Nasr was crowned with the Super Cup title, the day before yesterday, at the expense of its neighbor Shabab Al-Ahly 3-1, in the meeting that was held at the Sheikh Rashid bin Maktoum Hall at Al-Wasl Club in Zabeel, which is the second victory of the “Brigade” over the same competitor in just eight days, After winning the Vice President’s Cup final 3-0 on the same stadium. The supervisor of the volleyball team at Al-Nasr Club attributed the successes of the “Brigade”, since the beginning of the current season, to the support that the club finds from the club’s management, in addition to the preparations that preceded the launch, noting that the technical staff and players played their role during the summer period, making them fully ready to play the matches.

The Al-Nasr men’s volleyball team represents the country in the second edition of the “Emirati Kuwaiti Super”, whose date will be set later, which will be combined with its competitor, the Kuwait team in the State of Kuwait. .