Al Falasi: Lack of coordination is the biggest weakness in UAE sport 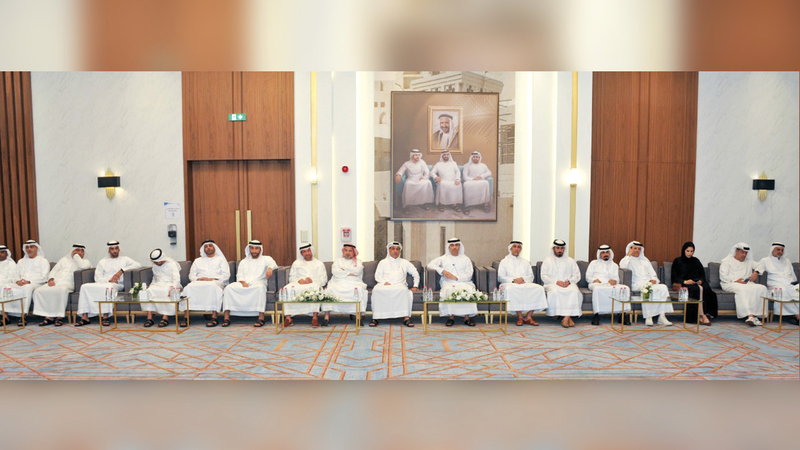 Ahmed Belhoul Al Falasi, Chairman of the Board of Directors of the General Sports Authority, said that “when the Sports Coordinating Council team analyzed the participation of UAE athletes in the Olympic Games, which was held in Tokyo, in order to find out the weaknesses and positive details, it was discovered that the lack of coordination is the biggest point. Weakness in UAE sport,” noting that five elite sports will be approved in order to focus on them, and that the authority, in coordination with the Sports Coordinating Council, is taking the last steps to adopt these sports, explaining that they “has obtained approval for an increase in the budgets of sports federations by 40%.”

Belhoul added, during his speech at the Ramadan Council organized by the General Sports Authority, the day before yesterday, at the Al Khawaneej Majlis in Dubai, entitled “Future Visions for Emirati Sports”: “Although many were talking about sports facilities in the country, and that they are not at the required level internationally, we We found that the biggest weakness in our sport is coordination.” He explained, “The lack of coordination in everything related to sports is one of the most important challenges that they will work on, and there are many challenges facing the sport of the Emirates, and that the authority seeks to achieve priorities.”

Belhoul stressed that “school sports and sports facilities are among the most important priorities in the next stage, so we must join efforts in one vision.”

Belhoul indicated that the leadership in the country supports and practices sports, stressing that he hopes that this support will translate into achievements with concerted efforts, stressing the importance of unifying efforts to serve the sports sector.

Belhoul considered that the school and university sports federations are the basis of the sports pyramid, which is the “horse-stud”.

The head of the authority indicated that one of the first projects that the authority started that is being considered is sports in schools, with the aim of discovering and developing talents in schools, and knowing how many hours of sports a student exercises per week at school.

He revealed that the Sports Law is currently before the Federal National Council for discussion.

Belhoul also touched on the issue of full-time sports, saying that “it is difficult for the Sports Authority, in the absence of classification at the individual level and at the level of sports, to undertake the financing process for federations and sports.”

Ahmed Belhoul Al Falasi stressed that the General Sports Authority is looking forward to investing in partnership with various sports institutions, through which talents are developed and enhanced, specifically in the targeted sports and closest to the Olympic podiums, by expanding the base of practice and providing the best training conditions, in line with the new methodology. For federal government action, aimed at accelerating achievements, defining national priorities at the sectoral level, and forming joint working teams to implement them, based on the “Fifty Principles” and the “UAE 2071” vision, aimed at investing in the country’s youth, equipping them with skills and knowledge, and working to be the UAE The best country in the world by its centenary.

He added: “The Ramadan Council provided an important and fruitful discussion opportunity about the development of the sports sector in the country, and to identify the most prominent global issues in the field of sports and the current and future plans, to advance the components of the sector, with its positive impact on the base of sports practice, and the results of national teams in various games, to reflect This is the keenness of the authority to consolidate bonds of cooperation, raise the level of coordination with its partners, exchange ideas and proposals to advance the wheel of sports, and explore ways that enable athletes to win championships and achieve achievements, and to represent the state in an honorable manner in continental and international forums and competitions in various sports.”

The discussion was divided into two axes

• «In the absence of classification, it is difficult for the authority to carry out the financing process for federations and sports».