Al-Fateh and Damak .. the highest total of goals in the history of the “professionals” 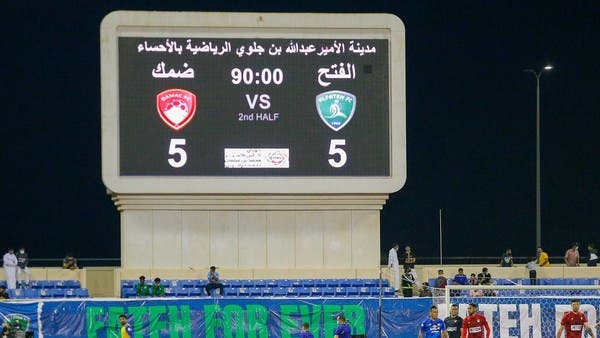 The Saudi League witnessed several matches that witnessed a large number of goals in recent years, before witnessing the Al-Fateh match and the largest total in the history of the professional league.

Al-Fateh tied at home with Damak 5-5 in the 13th round of the Mohammed bin Salman Professional League, and 10 goals is the largest total in a single match since the 2008-2009 season.

Al-Ahly made its mark in the matches that ended with eight goals as a total, by defeating Al-Raed 5-3 in 2017-2018 before losing from Al-Ettifaq 6-2 in the same season.

Al-Shabab club scored its presence in the eight-goal matches when it tied with Hajar 4-4 in the second leg of the 2014-2015 season. Al-Khaleej tied with Al-Taawon with the same result in the same season, while the match between Al-Adala and Al-Fateh ended two seasons 5-3 for the last two seasons ago, and the Al-Qassim derby was decided between Cooperation and pioneer in the current season with the same result in favor of the red team.