Al-Fayhaa coach: I rejected the Egyptian offers, and Al-Hilal is the league champion 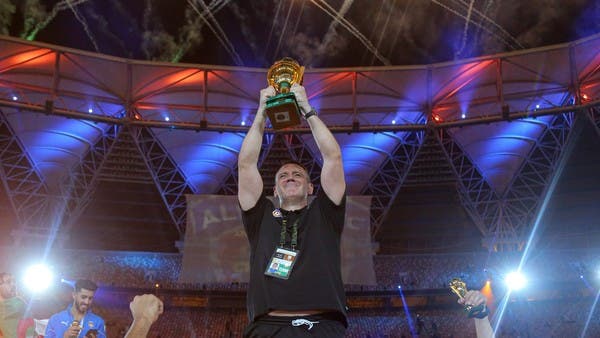 Serbian coach Vuk Razovic revealed that he had received offers from the Egyptian League recently, noting that he would complete his mission with the King’s Cup champion next season, and also confirmed his adherence to team captain Sami Al-Khaibri.

Fuk Al-Fayhaa led to the achievement of the King’s Cup championship last month, at the expense of Al-Hilal by penalty shootout, in the first coronation in the history of the Orange Club, which made it the focus of attention of several clubs.

Razovic said in statements to Al-Arabiya.net: I received some offers from the Egyptian League, but I have a contract with Al-Fayhaa until 2023, and my focus here is in Saudi Arabia, and I will stay with Al-Fayhaa next season. And he added: I follow the Egyptian league and like it a lot, and I may go there in the future.

Regarding his position in the event that the captain of the team, Sami Al-Khaibri, receives an offer to leave, he explained: He is an important player for us. What he did this season was wonderful. He is my assistant on the field. He is a real leader. I will try in every possible way to convince the club’s management to keep Al-Khaibri. He will continue with us next season.

Razovic admitted that his team needs to improve next season in terms of attack, saying: We have a distinguished defensive line and a goalkeeper with experience, I already agree about our poor scoring numbers, we missed many chances in matches this season, we have to think well about the offensive line in order to improve the situation In the next season.

The 49-year-old coach confirmed his satisfaction with his season with the team after winning the cup and ensuring that he remains in the professional league, noting that his goal next season is to occupy one of the qualifying places for the AFC Champions League.

Razovic praised the new Super Cup system, which will be held with the participation of four clubs: It will be a great opportunity for us to play against the best clubs. to win.

Razovic expects Al Hilal to win the league title at the expense of Al Ittihad, as he said: “Most likely, Al Hilal will win the League. Things are going in this direction, with two matches remaining in the competition.”