Al-Fayhaa continues to waste points and draws with Al-Fateh 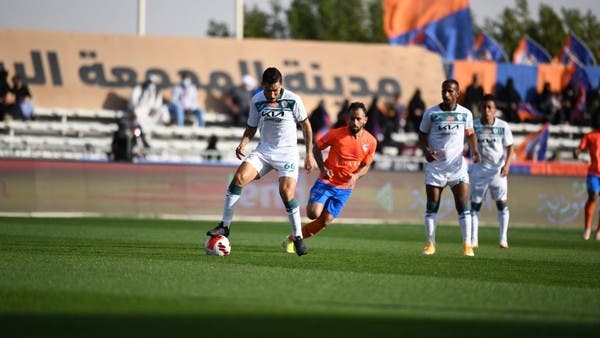 Al-Fayhaa continued the series of wasting points after a negative draw against its guest Al-Fateh, in the confrontation hosted by Al-Majmaa Sports City Stadium, during the opening of the 17th stage of the Mohammed bin Salman Professional Cup League.

Al-Fayhaa continued its absence from victories for the seventh match in a row in the league, losing two matches and drawing in 5 matches.

Caution prevailed over the performance of the two teams, as there was a single opportunity in the first half, and it was in favor of Moroccan Mourad Patna, the Al-Fateh player, who fired a powerful ball from outside the penalty area, but it found Serbian goalkeeper Vladimir Stojkovic, who narrowly missed it.

In the second half, Al-Fayhaa’s desire to score was greater than his guest’s, as his defender Hussein Al-Showish had one chance, who turned his Greek teammate Takhtsidis’ cross with his head, but it hit the crossbar.