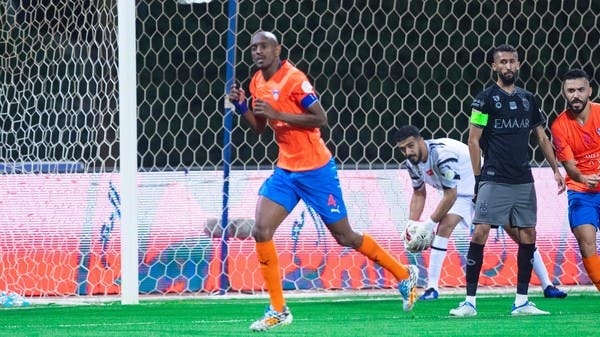 Al Hilal’s hopes of retaining the Saudi Professional League title dealt a heavy blow with its 1-0 loss to its host Al Fayhaa in a postponed match on Tuesday.

Al Hilal’s balance froze at 49 points from 24 games, in second place, 11 points behind the leaders Al Ittihad, which played 25 games.

On the other hand, Al-Fayhaa’s tally rose to 33 points in sixth place from 25 matches.

Al-Fayhaa’s goal came in the 33rd minute with a direct shot from Sami Al-Khibiri after a cross pass from a corner kick taken by Macedonian Alexander Trajkovsky.

The referee canceled a goal for Al Hilal in the first half for offside, and the same for Al Fayhaa in the second half.